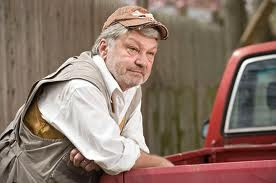 It pained me so much to hear about the death of Winchester, Va., native Joe Bageant that I turned my face to the wall and refused to study on it, such a loss he is to what David Fellerath calls "radical underground journalism."

It's Fellerath's tribute that I just came across, one of those "wish I'd said that" moments, that now lets me grieve in public.

It was Bageant's 2007 book, "Deer Hunting With Jesus: Dispatches From America's Class War," that made me a huge and endearing fan, though I'd run across some of his self-defined "redneck socialism" before.

We corresponded a bit. I invited him to come to Boone and give a speech. I didn't know at the time that he was already suffering from cancer. He never mentioned any illness but said this:

There's nothing I'd rather do more. I LOVE Boone! ... HOWEVER, please don't write me off. My new book, Rainbow Pie, is the last one I intend on writing. Then I'll have time to do things like go to Boone, Eastern Kentucky...and a whole lotta other places where a hillbilly can ease his troubled mind among kin and kilth. (My mama's people are from North Carolina)....

That last book, "Rainbow Pie: A Redneck Memoir," was published in Australia late in 2010 and is now listed on Amazon.com.

I'll read that book, and I'll toast the memory of a great American hell-raiser who loved poor people and understood and sympathized with them like very few others.

P.S.
I found what I originally wrote here about "Deer Hunting with Jesus" back in 2007. I don't take back a word of it.
Posted by J.W. Williamson at 3/31/2011 01:33:00 PM
Email ThisBlogThis!Share to TwitterShare to FacebookShare to Pinterest
Labels: Joe Bageant

Both this post and your 2007 post (which I went back and re-read) are wonderful. Thanks so much for writing them.

Thanks, JW. We have recommended "Deer Hunting" to many people since reading it in 2007. Invaluable insights for us "liberal elites." RIP

I bought the first book today, and I'm looking forward to reading it.

Just read an essay of his, "America: Y ur peeps b so dum?". The man was a genius, and I could not agree more with every bit of what he wrote in it.