We Have Our Own Tsunami 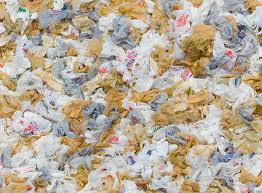 ...of bad public policy, courtesy of the new Vandal majority in the NC General Assembly (via "The Outer Banks Voice":

A group of Republicans wants to undo a final legacy of former state Senate leader Marc Basnight — the ban on plastic bags in northern coastal counties.

The Senate bill filed Thursday calls for repealing the ban initiated by the Dare County Democrat and relying on programs that encourage reusing and recycling plastic bags....

At the rate they're going, it won't take a full two years for North Carolina to become as backward, benighted, and blind to reality as ... South Carolina.
Posted by J.W. Williamson at 3/12/2011 09:43:00 AM
Email ThisBlogThis!Share to TwitterShare to FacebookShare to Pinterest
Labels: corporate power, environmental issues