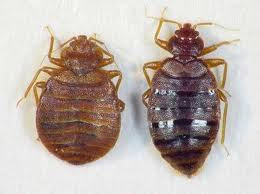 In the order they came up last weekend:

1. Commissioner Vince Gable referred vaguely on Friday at the “pre-budget retreat” to telephone calls he had received that contained threatening language directed at “another commissioner.”

2. The county’s swimming pool: a limping liability. It has been patched and patched and patched over the years for a total accumulation of over $650,000 expended, money scarfed during the last Republican majority from a capital reserve that had been building to replace the entire structure. Commissioner Jim Deal said he was not for spending any more money on bandaids and that a long-term solution had to be found. It currently costs some $300,000 per annum to operate the facility, and it would cost over $1 mill to replace it. (Best guess: If we were the county manager, closing the pool might appear to be our only viable option under current circumstances.)

3. The Watauga County Department of Health had two fairly startling factoids to report: suicide has become a big public health issue, and Watauga County is infested with bed bugs. (Those two things are not necessarily related.)

4. Worthy initiatives like a new classroom building at Caldwell Technical Institute, the Watauga County Housing Trust and economic development ideas seem destined to wither in the next budget year.

5. Courthouse lockdown: Senior Superior Court Judge Phil Ginn has ordered all the counties of the 24th Judicial Dist. to essentially limit and control all admittance to the county courthouse, which is going to cost the county some money. In short, Judge Ginn wants...

B. The judge wants any public entrances staffed during all hours by uniformed officers and equipped with certified metal detectors.

C. The judge also wrote, “Please also be advised that I may very well be issuing an Order in the not too distant future limiting the possession of electronic devices in the courthouse including cell phones and computers by unauthorized individuals.”

D. Judge Ginn added, “I fully understand that there will be costs involved that may be difficult for your respective counties to fund. Nevertheless, ...” just do it!

E. The judge is fully authorized by NC statute to impose these costs on the county.

I see Judge Ginn is attempting to limit the freedoms and rights of the people. The "public is the enemy" attitude is alive and well with his efforts to turn Watauga County residents into sheeple. It is not the cost that bothers me, but the fact that we will have smug, elitest rent a cops wanding and feeling up residents whenever and however they feel like it.

How many problems have there been at the courthouse? None. And I would rather there be a thousand problems a day than be subjected to nanny state intrusion into my personal business. Nothing like the innocent being treated like they are guilty.

Let's hope that Ginn loses this one and retires post haste.

The bureaucrats are securing themselves against the people, and the people will be billed for it.

I have been posting with the "NewGuy" ID for quite a while now. Mostly on the Conservative Blog..but also here and occassionaly other sites.

The post on this thread using that name is not by me.

I think we can all agree however, that Judge Ginn is trying to spend money on a non-existant issue during a recession. This is an outrage. It seems that worn out judges and politicians try and manufacture a problem to take our minds off the real problems. Perhaps if Ginn wouldn't let so many criminals off he might not feel the need for a metal detecter system.

How inconvienant it is to have to use one entrance at the courthouse. Ginn should be debarred for violating our civil rights.

Just exactly what civil rights are being violated????? I don't see any...at all. And what freedoms is he trying to limit????? Again, none. And just what is this large number of criminals he is letting off?? And what problem is he manufacturing??? You don't know and none.

Who is the one manufacturing stuff?

Once again, someone is posting using my "NewGuy" ID.

The posting at 9:48pm is by someone pretending to be me, for whatever reason.

Sorry if this post appeared under "anonymous"....it is from me. NewGuy

Once again, someone is posting using my "NewGuy" ID.

The posting at 9:48pm is by someone pretending to be me, for whatever reason.

have you head of the second amendment? said...

Maybe cause there are other county offices in the building besides court rooms that are none of his business.

I would think a judge's job would be to decide the law in cases brought before him. Shouldn't the people we elected to MANAGE the county make the decisions on what county/taxpayer money should be spent on?

If a judge rules on a case, his ruling is subject to appeal. Is there any appeal to his decision to order the county to close courthouse entrances and to provide uniformed security guards at the doors?

I don't know that I disagree with providing more security...I just think it's a decision the county commissioners should make.

Judges have become so arrogant!

I have to agree with "Taxpayer"...except that I must also note that Commissioner Nathan Miller, when running for office, did say that he would add security to the courthouse.

I'm not sure if it makes any difference who orders it, if it's going to be done anyway. But, I agree, it would seem to be more appropriate for the county commission to make those decisions!

Hate to say this, but I've been in several courthouses in the last couple of years and they all had the type of security Phil's talking about for Watauga. About ten years ago I was called for jury duty and saw an ugly incident. A guy was really pissed about being summoned for jury duty and in no uncertain terms told the judge so. She cited him for contempt and he tried to bolt. The high sheriff and bailiff cornered the guy and he pulled a knife. The sheriff knocked the crap outa him and he was handcuffed and led away. Could have been a gun. That would be really ugly.

Could be anyone said...

Did you back up the sheriff with your gun,retired educator, or where you just another potential victim?

Metal detectors for the courtrooms are fine if the judge pays for them out of his budget. The courthouse is another matter as is making the county pay for them. As has been indicated, there are other public offices in the courthouse in which the public should be able to exercise their civil rights under the Second Amendment.

Could have been a gun. That would be really ugly.

So? That could happen anywhere, inside a courthouse or not. The only difference is that Ginn has an over-inflated sense of his own importance and thinks that he's special and deserves to take our money to make himself feel better.

It isn't just Ginn, though, it's things like TSA security theater, closing off Pennsylvania Ave to automobile traffic, or that bozo from Florida who called for a bill banning handguns within 1000 feet of a Congresscritter. Our ruling class arrogantly lectures us about how special they are, and how we need to sacrifice so they can be safe. Screw 'em all, I say.

I am in sympathy with anyone who wishes to evade jury duty. No one should be forced to participate in a very dubious system.

If the judge wants more security, then he and other willing people should pay for it themselves.

Don't force the overtaxed, overstressed citizenry to pay even more for the establishment's personal security.

An "ugly" incident can happen anywhere, including a courthouse. Living in fear that something "might happen" leads to the deprivement of civil liberties for all of us. If the man summoned to jury duty wanted to do harm to someone, then what about the guards running the metal detectors? Wouldn't it make their job too dangerous since they would be the targets as opposed to no one in particular? Using the fear of potential incidents to justify a police state doesn't seem like a very good strategy.

Judge Ginn is at the center of this effort to put metal detectors in the courthouse. I suppose if you like folks stopping you, questioning you, searching you, and hindering you as you go about your personal business then you have absolutely nothing to complain about when TSA Agents legally grope the genetalia of your 4 year old. Judges like Phil Ginn are the real problem here - not the solution.

Once again an imposter is using my ID for whatever reason. Even going so far as to claim "real NewGuy" in the text of his message.

As I said before, I don't mind being flamed for my opinions provided they are MY opinions

This "ID Theft" is only being done to cause confusion.

JW, can you not do anything?