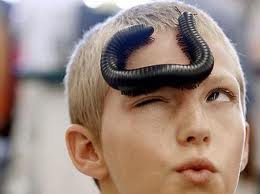 Republican leadership in the NC General Assembly make moves to return partisanship to the election of our judges. Because you can never be too rich or too partisan.

Bob Hall of the non-partisan Democracy NC (they raised hell about Jim Black's nefarious activities and about Gov. Mike Easley's shenanigans) testified at yesterday's hearing on the proposed voter ID bill, and resoundingly panned it. Of particular note is what he had to say about absentee voting:

...[The proposed law] doesn’t add any new safeguards on absentee voting; in fact, this bill makes it easier to get an absentee ballot. But here’s the truth: the rate of somebody impersonating someone else is ten times higher for people voting with absentee ballots than those who vote in person. Ten times!

Conservative Republican warhorse Carter Wrenn gets rueful about the "parade of lobbyists (from Insurance Companies, the Medical Society, the Hospital Association, the Pharmaceutical Industry and the Chamber of Commerce) sauntering into [Republican] Speaker Thom Tillis’ office beaming from ear to ear delighted at the prospect of tilting the laws in their favor." People in power sell to the highest bidder.

Two groups that Republicans have extended "personhood" to: corporations and fetuses. Not so lucky: people out of work and people about to be forced into unemployment by cuts to education in the NC General Assembly.
Posted by J.W. Williamson at 3/16/2011 10:14:00 AM
Email ThisBlogThis!Share to TwitterShare to FacebookShare to Pinterest
Labels: abortion rights, Bob Hall, Carter Wrenn, corporate power, Thom Tillis, voter suppression, voting rights