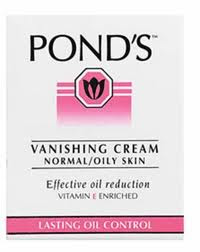 Watauga County Commissioner Vince Gable's rewriting of recent history has appeared first on the local Republican blog site, where he perhaps most needs to convince his base that he's holding it in the road and acting responsibly. His letter will no doubt appear this week in multiple print venues as well.

Rewriting history? Here's the key passage from late in the letter:

"...Prior to the public hearing on the referendum, I spoke with state legislators who assured me counties would not be forced to shoulder the burden of balancing the state budget -Governor Perdue's attempted budget manipulation would not prevail. With this understanding, I entered the public hearing convinced a tax referendum would no longer be necessary. Many of those attending the public hearing were concerned about county funding for education. In light of changing events in Raleigh, I feel the Commission will be able to both balance the budget and protect education without a sales tax increase...."

1. "I entered the public hearing convinced a tax referendum would no longer be necessary." That may be true, but it is not true that Commissioner Gable expressed that opinion either at the public hearing nor afterward, when the public had mainly left the room and only a few of us remained to hear their amazing reversal of course on the tax referendum. What had most certainly happened since the March 1st meeting when Mr. Gable and the other two Republican commissioners voted to hold the referendum was (a) a personal cussing out on the Tea Party email list and (b) a somewhat flailing attempt by the local GOP leadership to come to the defense of the sales tax hike in a Watauga Democrat editorial, a piece of writing that evidently caused something of a split among local Republicans.

2. "Governor Perdue's attempted budget manipulation would not prevail." This is what is known as a red herring. The Guv's suggested budget is pure wishful thinking, since everyone knows the Republican General Assembly will never pass it. As it was, The Guv suggested deep cuts in some areas but strove to protect public education. Meanwhile, the Republican leaders in the Gen'l Assembly have shown no particular concern for protecting the schools. Republicans in the Gen'l Assembly have said that they intend to eliminate between 5 and 10 percent of teaching positions and increase class sizes, on their way to cutting $1 billion from education. "Public schools are going to be squeezed hard," boasted Sen. Jerry Tillman, R-Randolph.

3. "I spoke with state legislators who assured me counties would not be forced to shoulder the burden of balancing the state budget." Believing that Dan Soucek and Jonathan Jordan are going to save public education in Watauga County ... we seem to have flown suddenly to Fantasy Island. Soucek and Jordan are freshmen in Raleigh; they do as they'll told. Period.

4. "I feel the Commission will be able to both balance the budget and protect education without a sales tax increase." The weather has turned lovely here on Fantasy Island! Why the hell have we been worried? (It would have been salutary, of course, if such a rosy scenario had been verbally expressed at some point before, during, or after Mr. Gable revealed his visible anger at county school teachers for coming out to a public hearing, begging that any sales tax increase be devoted to saving their jobs and the future education of children in the county.)

5. In the middle Mr. Gable's letter on the Republican blog site is this sentence: "The Commission passed a resolution to consider a sales tax referendum and held a public hearing on the issue." That's a prevaricating word choice: "...passed a resolution to consider...." No, they passed a resolution to hold a tax referendum. The consideration all came in the long argument they had with Commissioner Futrelle, trying to convince him to vote with them. The public hearing was not required because the decision was already made. The public hearing was a pure courtesy, clearly unnecessary since, as Mr. Gable tells us, he already had his mind made up before walking into the courtroom.
Posted by J.W. Williamson at 3/23/2011 08:55:00 AM
Email ThisBlogThis!Share to TwitterShare to FacebookShare to Pinterest
Labels: Dan Soucek, Jonathan Jordan, public education, Tim Futrelle, Vince Gable

JW, YOU are the one who is engaging in "damage control".

You and your fellow progressives will never admit that the previous boards spent this county into tremendous debt, despite warnings not to do this, and now we are facing financial reality.

But, you, JW and your pals, want to continue to tax and spend more to keep your support base on the payrolls.

The majority on the BOC heard from the public, and not special interests, that the ordinary taxpyers in this county would NOT tolerate any more tax increases or spending increases. Many sent handwritten notes, emails, and made phone calls to these commissioners admonishing them for even considering a tax increase. It is past due time that the county, state, and federal bureaucracies cut their budgets significantly and stop their spending plans.

I've got news for you, JW, whether you print this or not. The people, the nation, the state, the county, cannot afford this tax and spend policy anymore. But apparently, you will never accept this reality.

Anonymous, but Vince Gable just said in his newest letter to the editor that you are wrong. He says there is a healthy fund balance and that the county is going to be able to take care of teachers and all other comers without a sales tax increase. That means, of course, that this commission was left in pretty good shape by the previous board.

As for the many emails, handwritten notes and phone calls to the commissioners, I cam going to call the County right now and ask for copies, since it is required by law that these notes be kept for public perusal.

I have made a request for the handwritten notes and phone call logs and emails to Rocky Nelson, the custodian of the records. If there were any such thing, we will know it soon enough since by law these are required to be maintained by Rocky's office.

Vince Gable's letter was edited, if not wholly written, by Republican friends of Jim Deal. These people are in this game for themselves and for Jim Deal.

And for your info, I personally delivered several handwritten letters from my neighbors to Nathan Miller, not to Rocky Nelson.

you are mistaken said...

You do not have to retain personal notes, emails, etc. Get your facts straight.

Vince Gable is a liar.

you are mistaken--you are wrong.

Look at the statutes. If elected officials receive letters and/or emails regarding county matters they are public record and must be made available for inspection. BTW, destroying those emails and letters is against the law. Read Chapter 132 of the statutes. It's clear as a bell.

And for your info, I personally delivered several handwritten letters from my neighbors to Nathan Miller.

For the record, this is untrue. The commissioners were asked by the Manager to turn over all letters, emails, etc they had received personally. ALL of the commissioners have informed Manager Rocky Nelson that they did not receive any hand delivered letters personally nor receive any personal emails on the tax referendum issue.

Then the County Manager is lying, or the commissioners are lying, or you are lying.

well, I am not the one lying, so that leaves the commissioners or the Manager. Or you.

I am not lying.

Then that leaves either the County Manager or the commissioners.

Nope, i used to be in municipal government. Personal notes and emails are not public record. I know. My town went to court over it.

JW and anon: All the County Manager has to do is tell the IT people to give him a copy of all emails on any subject matter re: county business to the commissioners over the last few weeks or whatever time period.

You must have had a crappy lawyer. Look at this: http://sogweb.sog.unc.edu/blogs/localgovt/?p=1712

“Electronic mail is just as much a record as any traditional paper record, and must be treated in the same ways. It is the content of each message that is important. If a particular message would have been filed as a paper memo, it should still be filed (either in your email program or in your regular directory structure), and it should be retained the same length of time as its paper counterparts. It is inappropriate to destroy email simply because storage limits have been reached.”

Emails that deal with personal issues like what to pick up at the grocery are not related to public business, but emails that were sent, even to a personal email address, that relate to government issues are:

"If an email is made or received in connection with the transaction of public business, it is a public record regardless of whether it is created or stored on a public or a private computer or email system. So an email that relates to public business is a public record even if it is sent from a home computer, or made on a personal email account from any computer. This is true whether the email is sent or received by any public employee, or any elected or appointed public official."

"One" does have to release his personal emails IF THEY ARE RELATED TO COUNTY BUSINESS. If they don't, they are breaking the law.

Just wondering here....but what about a note to an old friend congratulating him on his first elected office and saying "I hope you can straighten out the mess at the library"

which ALSO contains some personal info about a family illness. Does this email become a public record?

Nope, I have already been through a court case on this issue. One does not have to release any personal notes or emails. You can dispose of them.