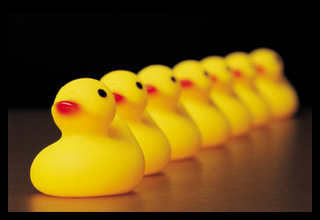 Some new numbers to conjure with:

1. More than 504,000 voters registered between Jan. 1 and Sept. 1 in North Carolina. Nearly half are Democrats, and unaffiliated voters outnumber Republicans.

4. Democrats are out-registering Republicans in some western North Carolina counties heretofore dominated by the GOP, including Henderson, Transylvania, Polk and Watauga.

5. But it's "unaffiliated" that is the most popular choice for new voters in all four of those counties — as well as in Cherokee, Clay, Macon, McDowell and Swain counties.

6. The GOP is the top party affiliation for new voters in just two WNC counties, Mitchell and Avery.

Sez Carter Wrenn, conservative guru and Jesse Helms operative, "I don't know that you can yet say it's a realignment, but you can sure say it looks like one..."
Posted by J.W. Williamson at 9/22/2008 08:52:00 AM
Email ThisBlogThis!Share to TwitterShare to FacebookShare to Pinterest
Labels: North Carolina voter registration