Palin: Libertarian on Everything But Women's Rights 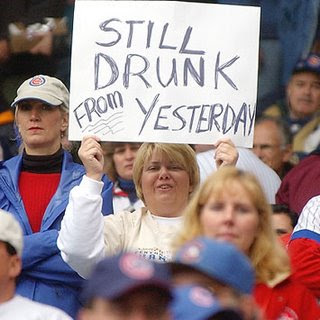 If John McCain is elected president on November 4, Sarah Palin could become president in precisely four and a half months. When's the last time you remember a presumptive president being kept in seclusion because any question about her record, her preparation, her competence is considered "sexist"? Because the news media is not allowed to question her, it falls to ordinary citizens.

While advocating the power of the State to force women to give birth, Palin is very supportive of the consumption of alcohol. While mayor of Wasilla in 1996, Palin opposed a city ordinance that would have required bars and liquor stores to close at 2:30 a.m. on weekdays (3:00 a.m. on weekends) and stay closed until 8:00 a.m. At that time – and still? – Alaska state law allowed bars and liquor stores to stay open until 5:00 a.m. (Wasilla Frontiersman, 28 Aug. 1996).

(She took her stand on open bars shortly before receiving campaign contributions from local bar owners: "Within two weeks of her vote, the Mug-Shot contributed $200 and Wasilla Bar $500 to Palin's campaign for mayor" – Wasilla Frontiersman, 13 Dec. 1996.)

In 2001, when a law was introduced in the Alaska state legislature to limit the open hours of bars and liquor stores, Palin signed a resolution opposing it (Wasilla City Council resolution 01-07, 26 Feb. 2001).

Because the chief of police in Wasilla supported restricting bar hours as a way to combat alcohol-related traffic accidents, and because he opposed Palin's administrative policy allowing citizens to carry firearms in city hall and the library, the chief of police supported Palin's opponent in her reelection campaign for mayor of Wasilla. After Palin won, she fired the police chief. She eventually hired as his replacement a new chief who boasted that he had no interest in limiting bar hours, because "I don't think the answer to crime is restricting people's freedom more and more" (Anchorage Daily News, 28 March 1997; Frontiersman, 4 July 1997).

And by the way: Palin admitted in 2006 in she had smoked pot: "Palin said she has smoked marijuana – remember, it was legal under state law, she said, even if illegal under U.S. law – but says she didn't like it and doesn't smoke it now. 'I can't claim a Bill Clinton and say that I never inhaled' " (Anchorage Daily News, 6 Aug. 2006).