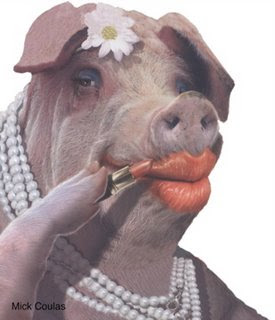 The McCain campaign is launching the "The Palin Truth Squad," which, considering the source, we assume is meant to counter criticisms of Palin rather than tell the truth about Palin's distortions of her record. But never mind. Look at who's number nine of this dubious list:

Virginia I'm-a-Catholic-in-Washington-but-a-Baptist-in-North-Carolina Foxx? The Madam Foxx, who took money and ran in 1994 for the N.C. Senate as a pro-choice woman who supported the right of gay couples to adopt and who is now marching in the Republican robot army as an extreme hard-liner on abortion and gays? The woman whose dishonest antics on the local scene are the stuff of legend?