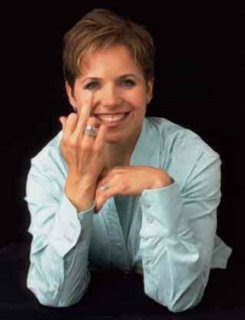 ...except when they have one on their presidential ticket. Sarah Palin meets the requirement for being a celebrity: she's famous for being famous.

But Palin has evidently encountered diminishing returns from her snubbing of the press -- Mike Allen of Politico says "McCain officials could see her reticence was feeding the narrative of her being unprepared for the job" -- so she's agreed to an interview with ABC News's Charles Gibson "later this week."

We have a few additional questions we'd like to ask her, in addition to the ones already raised here in previous posts down-column.

1. One of her "qualifications" that the McCain people are trumpeting is Palin's supposed energy expertise. But when the disgraced former Alaska governor Frank Murkowski appointed her to the Oil and Gas Commission in 2003, the Fairbanks Daily News-Miner criticized her qualifications (like, "non-existent") and called the appointment a "political reward" (editorial, 20 Feb. 2003).

2. Palin was repeatedly criticized by the Wasilla newspaper, the Frontiersman, for political cronyism ... firing fully competent city employees and replacing them with her own operatives. "We see a woman who has long-since surrendered her ideals to a political machine," wrote the Frontiersman on 2 July 1997.

3. She lied. "Mayor Palin fails to have a firm grasp of something very simple: the truth." (Frontiersman editorial)

5. Palin can't handle criticism. "Wasilla is led by a woman who will tolerate no one who questions her actions or her authority" (Frontiersman, 7 March 1997). She fired the police chief, the museum director, and the librarian (later rehired after swearing fealty), and forced the planning director and public works supervisor to resign. After she fired the police chief, one finalist to replace him withdrew his application because he said "it looked more like a political appointment than a law enforcement decision" (Frontiersman, 19 March 1997).

Sources: The Book on Sarah Palin
Posted by J.W. Williamson at 9/08/2008 08:52:00 AM
Email ThisBlogThis!Share to TwitterShare to FacebookShare to Pinterest
Labels: John McCain, Sarah Palin