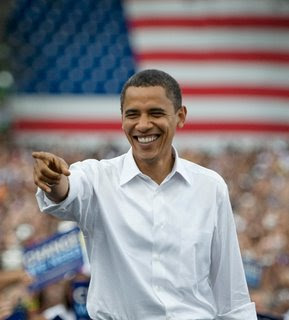 At 1 p.m. workers were moving back barriers to accommodate the "overwhelming" turnout. At 11:45 a.m., the crowd was already stretching from the gate at 4th and South Caldwell streets, down South Caldwell to Interstate 277. "The gates opened at 11 a.m., but the lines are moving slowly."

Part of what Obama said about McCain-on-the-financial-crisis: