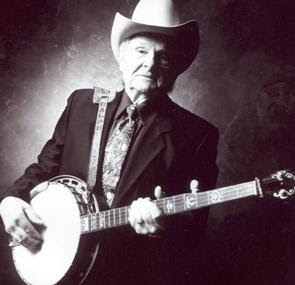 Inroads in Appalachia, by gawd!

Plus there was Obama live on Channels 5 and 11 yesterday at a town hall gathering in Lebanon, Va., deep in the coalfields.

Before the town hall meeting, he made an unscheduled stop on Abingdon's main drag. At the Pop Ellis Soda Shoppe & Grill he had a vanilla shake (ahem) and got to buddy up with "Big Daddy" Don Garlits, the 76-year-old "father of drag racing." The very Republican Garlits warmed up to Obama appreciably, without committing his vote:

I'm kind of concerned for him [Obama] and John McCain, because they've both got a tough row to hoe. I do lean Republican, and Obama did vote against the war – but Republicans don't do everything right.

Master of understatement, that Big Daddy Garlits!
Posted by J.W. Williamson at 9/10/2008 09:59:00 AM
Email ThisBlogThis!Share to TwitterShare to FacebookShare to Pinterest
Labels: Barack Obama, Ralph Stanley