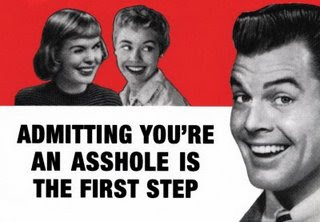 Another reason "Republican" has become synonymous with "Heartless Bastard" (from the Michigan Messenger):

Because -- hey! -- people who lose their homes must be dumb, over-extended Democrats or at the very least black.

Extra added irony bonus for this:

[Republican presidential candidate John] McCain's regional headquarters [in Macomb] are housed in the office building of foreclosure specialists Trott & Trott. The firm's founder, David A. Trott, has given at least $23,000 to McCain's campaign and raised between $100,000 and $250,000 for the Republican nominee.

It's just too good ... to be able to suppress the vote and profit off human misery from the same location.
Posted by J.W. Williamson at 9/10/2008 02:34:00 PM
Email ThisBlogThis!Share to TwitterShare to FacebookShare to Pinterest
Labels: John McCain, Michigan Republicans, voter suppression