The DemPrimary in HD103: Can Democrats Keep What Rachel Hunt Won in 2018?

NC House District 103 in Mecklenburg County (Matthews and Mint Hill) was won in the 2018 Blue Wave by former Gov. Jim Hunt's daughter Rachel, and she won reelection there in 2020. This year she's leaving the seat to run for the NC Senate in an overlapping district. This district has also been redrawn to improve Democratic prospects. Dave's Redistricting rates it 49.9% Democratic v. 47.6% Republican. The Republican in the race, Bill Brawley, was the former incumbent whom Rachel Hunt beat in 2018 (and again in 2020). He's determined to get back to Raleigh this year and thinks a Red Wave will get him there.

These two Democratic women are vying to be the spoiler who disappoints Bill Brawley again. 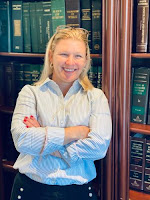 She's a lawyer who was recruited by Rachel Hunt. She holds her law degree from Wake Forest School of Law and is the managing partner at Weaver Budd law firm, specializing in business litigation and contract law. She says she hopes to attract moderate voters.

From her announcement: "In addition to practicing law, Budd has an extensive history of community involvement. She currently serves as the President of Matthews Athletic & Recreation Association, Vice-President of the Piedmont Gymnastics Club, and [is] involved with the Matthews Chamber of Commerce, Boy Scout Troop 39 as well as the North Carolina and Mecklenburg County Bar Associations."

She's been endorsed by Lillian's List and targeted for contributions. 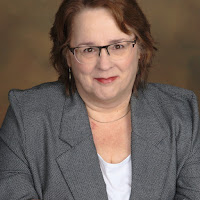 She ran unsuccessfully for the overlapping NC Senate seat in 2018. I took note of her then. I was a little dismissive in April of 2018, and unfortunately I see little reason to amend my opinion now:

"[Senate] District 39 has a higher-than-average level of educated voters. Will they take to Ann Harlan, the single working mother of five (four of them adopted through the foster parent program) but also an academic egghead -- I mean no disrespect -- who holds a doctorate from Michigan State University and teaches college-level sociology and social work.

"Will Democratic voters take to her? Dunno (but the Black Political Caucus of Charlotte-Mecklenburg endorsed her). At the moment she has a severely under-developed web presence and little presentation of personality. Her campaign seems curiously up-tight and buttoned down. Too buttoned down."