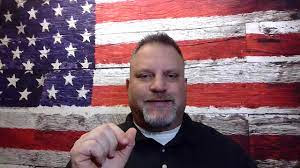 Michael Ackerman, Virginia Foxx's 2022 primary challenger, sent the letter below -- with its "very strange request" -- to Democratic Party activists in the 5th CD:

I hope you all are doing well. I have a very strange request. I know you and I are on opposite sides of the spectrum on most issues, and I respect that. You know I am in a primary battle with Virginia Foxx. She is an establishment Republican that is deep entrenched into the DC swamp. Now that the new Congressional 5th District includes your County I wanted to humbly ask if you would consider voting for me in the primary on May 17. I am also asking if you would talk with some of your Democratic or Unaffiliated friends to consider voting for me in the primary.

NC as I am sure you know has an open primary, which means anyone can vote in the primary. The Democratic Party only has only one person running for Congress in the 5th District, so there is no Democratic Primary. Mrs. Foxx is corrupt and uses her position to increase her personal wealth. This is not an unsubstantiated statement. She is part of the Political Elite that is the main problem in politics in our nation.

Like I said I know we disagree on many issues, but hopefully I have proven to you that regardless of where we stand I am willing to talk and listen. I respect you as a person and support your right to believe in what you do. Thank you for considering this.

Candidate US House of Representatives

NC as I am sure you know has an open primary.

Well, not quite. It's an "open" primary for those registered "Unaffiliated," who may request either a Republican or a Democratic ballot. It most assuredly is not open for registered Republicans and registered Democrats (let alone Democratic Party officers, to whom this letter went), who must vote the ballot of their party. Ackerman might have asked -- hilariously -- for his target Democrats to change their registration to "Unaffiliated" to vote for him. They would have to make that change by April 22nd. No one can change his party affiliation during Early Voting, which begins on April 28th.

Ackerman is well known to the Watauga County School Board as the anti-masker who made threats of lawsuits and other retaliations. He didn't have his facts straight then, either.

Posted by J.W. Williamson at 4/13/2022 07:17:00 AM
Email ThisBlogThis!Share to TwitterShare to FacebookShare to Pinterest
Labels: Michael Ackerman, Virginia Foxx

Mike Ackerman is a true patriot. He is a Marine and a wounded in the line of duty cop. Also a retired teacher. Don't let this type of garbage sway you. I am an elected party person in VA and support Mike. I voted for Reagan both Bushes, Dole, McCain, Romney and Trump. I will spend my birthday this year working a fire house primary. And I support Mike.

“Not Ready for Prime Time”? What the hell does that mean?
A proven patriot, loyal to this country and this county, who is more than adequately prepared to operate efficiently and HONESTLY in the Washington environment isn’t good enough to represent us? You would prefer a polished member of the politically elite?
I know Michael personally, and I believe he is the essence of what the founders of this mighty country had in mind when they established us with a government OF THE PEOPLE AND BY THE PEOPLE. Michael is willing to commit to limiting his service in the House to 2 terms. His determination and commitment, demonstrated by his resume, and his viewpoints (shared by an overwhelming number of conservatives of both parties), run deep and wide.
The GOP needs some face time with a mirror. If we don’t support a guy like this, then who needs’m!

Exactly what "facts" did Mr. Ackerman not represent correctly to the School Board. Your assessment could certainly be debated.