The DemPrimary in NC74 -- Cultural Diversity at Work

House District 74 takes in a hunk of western Forsyth County bordering Yadkin and Davie (Clemmons, Lewisville, part of Winston-Salem). It has a slight Republican lean -- 51.2% to 46.4% Democratic -- which ought to mean it's worth competing for. The district is represented by Republican Jeff Zenger, who is running for reelection. The two Democrats competing to oppose him represent the diversity in the Democratic Party. 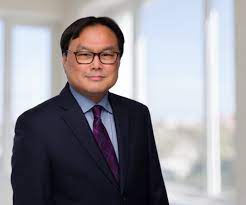 He's been in practice as a lawyer for two decades in a general practice that has emphasized helping small businesses with their legal problems (he's insistent that his first name be pronounced "seen").

This stands out in his biography: "In his professional life, Sean has worked hard to increase civil access to justice among North Carolinians unable to afford legal services and has served as a mentor to a generation of attorneys and law students performing pro bono legal work. In 2007, he received the inaugural "Citizen Lawyer" Award for exemplary public service activities from the North Carolina Bar Association (NCBA). In 2021, he received the NCBA's William Thorp Pro Bono Service Award which recognizes attorneys who have provided exceptional pro bono legal assistance to low-income individuals in the state. 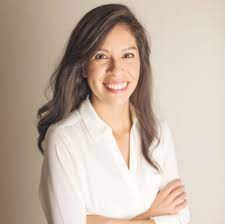 Her website tells a much fuller autobiography (including a tribute to her abuelita, with a photo). She's the child of Mexican immigrants who settled in Forsyth in the 1990s. As an undergraduate at Western Carolina University, she was active in many multicultural orgs and became a spokesperson on cultural differences, prejudice, and racism. She studied public health and graduated with a B.S. in 2008 after holding an internship in the Indian Health Service, working in Arizona.

She married her college sweetheart, who was in training to become a police officer, and she worked in public health as a maternal child health educator, joining the board of the Infant Mortality Reduction Coalition of Forsyth County. In 2012, she transferred to the Environmental Health section of the Forsyth health department and became a health inspector, inspecting day care centers, schools, foster homes, group homes, hospitals, nursing homes, and restaurants.

The rise of Donald Trump propelled her into Democratic Party activism. After giving birth to their first child, "Carla realized that our current culture says it values families, but in reality doesn’t. There is a saying that goes, 'We expect women to work like they don’t have children, and raise children as if they don’t work.' Carla quit her job in 2017 because of childcare issues and a workplace that could not adjust to her new priority - her family." She started her own environmental health consulting business.

Posted by J.W. Williamson at 4/15/2022 07:40:00 AM
Email ThisBlogThis!Share to TwitterShare to FacebookShare to Pinterest
Labels: Carla Catalan Day, Sean Lew