NC House District 8 takes in the northern two-thirds of Pitt County. It's voting population is 38% Black, and the district as a whole leans solidly Democratic. It's been represented by Democrat Kandie Smith, but she decided to run for an overlapping NC Senate seat, so the House district is open and a great opportunity for a new Democrat to step in. (The southern portion of Pitt, with most of the city of Greenville, leans only slightly Democratic. Brian Farkas won it in 2020 and will be fighting for reelection this year against determined Republican opposition.) The primary going on right now in HD8 features two politically accomplished Black women. 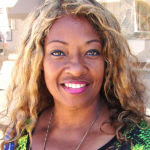 She has worked as a teacher at an at-risk school ... where she coordinated the teenage pregnancy and health program for young moms; ... and she taught health, childcare, as well as life skill classes. She has also ... served as an educational liaison for a special project with Florence Crittenton Maternity Home for pregnant adolescents.... As her career advanced, she spent most of her time as a public health program supervisor nurturing and creating infant mortality programs in 7 counties throughout the state while managing a 1.7-million-dollar budget yearly and supervising staff at local health departments .... Sharon has also ... worked as a Qualified Mental Health professional and owned a girls group home in Eastern NC. She has worked with HIV and Ryan White programs via making policy changes for HIV-positive patients and has worked with 3rd- and 4th-year medical students as well as nurse-midwives through the Standardized Patient Program teaching Medical Students how to do patient education. Her charisma, leadership skills, advocacy, and connections lead her to become a Co-Principal Community Investigator with a 5 site National Study conducted by the NIH based at UNC-Chapel Hill School of Medicine to study Poor Birth Outcomes for 5 years in NC. Although she has contributed a lot to the state of NC in the field of public health, she has still managed to give more through her work with the NC Justice Center coordinating their EPSDT Medicaid for Children program.

Evans has been very politically active in Pitt County politics and lists connections with both the Obama and the Biden campaigns and with many other local and statewide political figures including Rick Glazier at the NC Justice Center (that extensive activist network might mean she can raise big bucks). 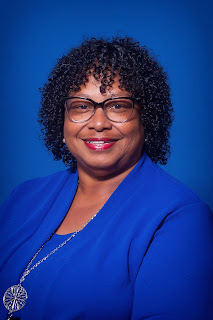 Brown is the sitting mayor of the Pitt County town of Bethel and has served on the local Board of Commissioners there since 1999. During her tenure Bethel reached an agreement that allowed the Greenville Utilities Commission to assume ownership and management of the town’s water and wastewater systems, which significantly reduced water and sewer bills.

A lengthy profile about Brown in Southern City (published by the League of Municipalities) documented her efforts to turn around a decades-long decline in Bethel's economic prospects and loss of population, a story that is in itself a primer on small-town economic development.

Posted by J.W. Williamson at 4/03/2022 06:56:00 AM
Email ThisBlogThis!Share to TwitterShare to FacebookShare to Pinterest
Labels: Gloristine Brown, Sharon McDonald Evans