The North Carolina Senate District 23 is rated by NCFREE as D+8, so whoever wins the May 17th primary will likely be a new face in that body. The seat covers Orange, Caswell, and Person counties and is currently held by Valerie Foushee, who's leaving it to run for Congress in David Price's old district (and that presents its own interesting primary). The primary for the Senate seat offers an already rising male star in the NC House vs. an accomplished woman who's become a media star in a wholly different field. 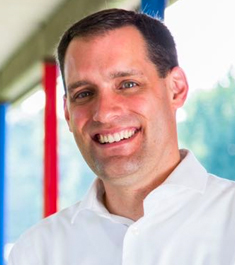 He's currently a member of the NC House from Hillsborough, representing Orange and Caswell counties. He was first appointed to Valerie Foushee's old House seat in 2013 when she got appointed to the NC Senate, and he's been reelected four times. Prior to joining the House, he spent 16 years working in public schools on initiatives designed to promote educational equity. He became a co-founder and principal consultant with The Equity Collaborative, LLC.

Wikipedia says "he's the son of two politically engaged social workers, was raised in the inner city of Cleveland, Ohio. He was a Phi Beta Kappa graduate of the College of Wooster, before going on to acquire a master's degree in social work from the University of Chicago." He has five young children of his own, and he's been serially recognized for legislative leadership: by Equality NC as Legislator of the Year, by the League of Conservation Voters with their Rising Star award, and by the Young Democrats of North Carolina with their Legislator of the Year award.

He's expert in public education issues, and an extensive interview with him in newsoforange.com details how his work in schools led to his seeking a seat in the General Assembly and the myriad issues he's successfully worked on, and worked across the aisle to achieve, especially during the crisis of the COVID shutdown. He understands what students and their parents went through: "The stress load is high. Anxiety with the change is really, really hard. The mental health on this is going to be something we’ve never done or seen, probably since WWII.”

He's been endorsed by SEANC, the powerful state employees PAC, which won't please everyone since that group also endorses Republicans. 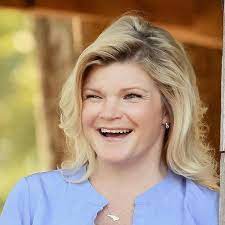 She's already famous in some circles as just DeMent, the name she used when she published her first cookbook, The Farmhouse Chef: Recipes and Stories from my Carolina Farm, which came out in Fall 2017 from UNC Press. Her second book, Canning in the Modern Kitchen came out in August 2018 from Rodale Books, a division of Penguin Random House. She is an occasional guest lecturer at UNC Chapel Hill, NC State University, Duke University, and teaches cooking classes around the country. She was recently named one of North Carolina’s “Outstanding Women in Business” for 2016 and was in the 2017 “40 Under 40” class by the Triangle Business Journal and has had featured articles and recipes in many local, regional, and national publications. She is also a regular contributor to cooking segments on the Hallmark Channel Home & Family show.

After completing her degree in Southern History and African American Studies at the University of North Carolina--Chapel Hill in 2001, she became a legislative aid for Representative Brad Miller on Capitol Hill, then became a Director of Special Projects for the NC Museum of Natural Sciences where she supported fundraising efforts for the Nature Research Center. DeMent left the Museum in 2007 to join her husband, Richard Holcomb, at Coon Rock Farm, out of which grew other small businesses. She runs Bella Bean Organics, an online farmers’ market that features products grown and produced in North Carolina, and she's been a partner and executive chef in two farm-to-table restaurants — Zely & Ritz in Raleigh and Piedmont in Durham.

Not enough? She's also the managing partner of the North Carolina Venture Capital Fund, which seeks to invest in early stage NC startups.

Posted by J.W. Williamson at 4/23/2022 08:05:00 AM
Email ThisBlogThis!Share to TwitterShare to FacebookShare to Pinterest
Labels: Graig Meyer, Jamie DeMent Holcomb