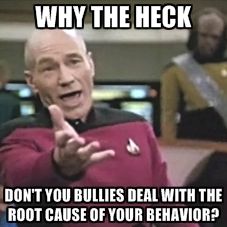 William Keith Senter, chair of the Surry County Republican Party, reportedly threatened the local elections administrator over Trumpist conspiracy theories of election fraud (in a county that Trump carried in 2020 with over 75% of the vote -- no, really). Senter "told elections director Michella Huff that he would ensure she lost her job if she refused his demand to access the county's vote tabulators .... Senter was 'aggressive, threatening, and hostile,' in two meetings with Huff, the state elections board said, citing witness accounts."

(Chair of the Surry Republicans? Their website lists William Keith Senter as the vice-chair, but whatever.)

Senter was evidently egged on in his efforts by "a prominent pro-Trump election conspiracist, Douglas Frank," an Ohio math teacher, who came to Surry County to help Senter intimidate the local elections office. Senter and Frank claimed “there was a 'chip' in the voting machines that pinged a cellular phone tower on Nov. 3, 2020, and somehow influenced election results," the state election board said, calling the claim “fabricated disinformation.”

How come these bullies never influence any consequences for themselves?

Posted by J.W. Williamson at 4/27/2022 06:36:00 AM
Email ThisBlogThis!Share to TwitterShare to FacebookShare to Pinterest
Labels: Surry County, Trumpism

According to the Winston-Salem newspaper Trump received 75% of the the votes in Surry County in 2020. His total was 4000 votes higher than that of 2016. And Trump won North Carolina. What, exactly, are these idiots trying to prove? It makes no sense to try to prove fraud in counties/states where they won if they are trying to overturn the 2020 results.