The Dem Primary in HD107: The 23-year-old vs. a Powerful Incumbent

NC House District 107 is another safe Democratic seat (Mecklenburg Co.) with a primary. This particular primary pits a 23-year-old Black upstart against a powerful Black incumbent running for his eighth term in the House. (There seems to be a trend this year of challenges to well entrenched Democratic incumbents in safe districts. Is that a bad thing? Or is it evidence of insurgent energy rising to keep the party renewed and on its toes?) 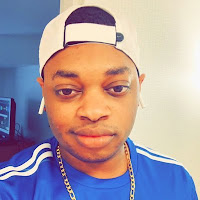 He says on his website that the experience of sitting up late with his mom watching on CNN while Barack Obama won reelection in 2012 molded his determination to one day run for office himself. He was 13. He's 23 now, which would surely make him the youngest member of the General Assembly, should his improbable candidacy actually succeed.

Back then I didn't know what the electoral college was, how states choose their delegates or even how Congress had to certify each state's electoral votes. One thing I did know was that I felt a sense of unity when President Obama stated, "The best is yet to come for the United States of America." That work still has to be done to make our country a more perfect union, and I choose to be a part of the few but many to do just that. From that night on I have made it my goal to pursue elected office no matter how hard things got or the obstacles I faced.

He implies that the incumbent Democrat has grown too complacent with the status quo:

The working class in this state have been left behind and forgotten by people who get elected into office and get too comfortable. When I’m elected I will go to Raleigh and stand up for the working class who’ve been struggling in the shadows for far too long.

And this punch he threw at do-nothingism:

In the United States we have politicians who serve at the best interest of Corporate America and Wall Street rather than their constituents. It’s past time that North Carolina implemented term limits for every political office and got rid of career politicians.

He's punching up, naturally, which is the right direction to take it, and he may be the first Democratic candidate in North Carolina to wear his hat in that fashion. (He says he's a military policeman and probably knows how to fight.) I'm cheering him on. If not this year, maybe next. 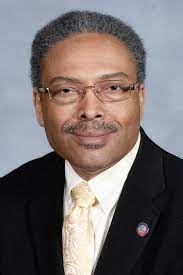 Alexander is a 73-year-old funeral director who was first appointed to fill an unexpired term in June of 2008 and then won it in his own right in November of that year at the same time Obama was taking the White House. No one's ever come close to subsequently beating him in either a primary or a general election. He went totally unchallenged in a couple of his reelection campaigns.

He earned his B.S. in political science and a Master's of Public Administration from Chapel Hill.

His autobiography suggests a juggernaut of community influence:

I have worked for most of my life in the areas of civil rights, community organization and small business. Along with my brother, Alfred, I manage the Alexander Funeral Home, Inc. Established by our grandfather in 1914, it is the oldest African American-owned business in Mecklenburg County. I have taught classes at West Charlotte and Harding High Schools, Central Piedmont Community College, Johnson C. Smith University, Queens University, and UNCC. I have passionately served in various positions with the NAACP including my twelve years of service on the National Board of Directors as the North Carolina NAACP President.

In the present circumstances, he may feel like a show horse tormented by a horse fly.

Posted by J.W. Williamson at 4/02/2022 08:16:00 AM
Email ThisBlogThis!Share to TwitterShare to FacebookShare to Pinterest
Labels: Kelly Alexander, Vermanno Bowman