The Dem Primary in HD42: A Muslim Woman Challenges a 20-Year Incumbent

NC House District 42 is such a safe Democratic seat (drawn now entirely in Cumberland Co.), you might expect a more vigorous primary campaign to claim it, but I would describe the current primary going on there as pretty much below the radar. Somnolent It has headline-making potential: a Muslim woman doctor who immigrated from Pakistan is challenging a Black veteran of the NC House who's a member of Democratic leadership. If Naveed Aziz should win, she'd become the first Muslim woman in the General Assembly. 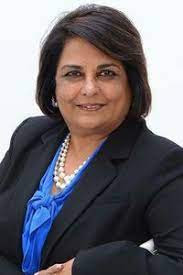 She appears to be using only Facebook to get her message out. I haven't found a website nor a Twitter account. She ran previously in both 2016 and 2018 for an overlapping NC Senate seat, both times also against a well-entrenched Black incumbent, so I've had to rely a good deal on biographical details that were published back during those races.

Aziz immigrated to the United States more than two decades ago. She has served on the boards of Fayetteville Urban Ministries and Second Harvest Food Bank, chaired the Greater Spring Lake Chamber of Commerce, and served on Spring Lake’s Economic Development Committee. In addition to being a physician, she has dual masters degrees in Business Administration and Health Administration. Dr. Aziz runs a Free Clinic and a free food program in Spring Lake, in addition to managing her medical practice. Gov. Roy Cooper appointed her to the North Carolina Youth Advisory Council.

In both of her NC Senate primaries, she took votes in the mid-40 percentile, so she definitely has a following. She's an imposing presence who clearly helps the community (she's a strong supporter of expanding Medicaid coverage in North Carolina), but she's up against the inscrutable forces of inertia which have benefitted the incumbent. 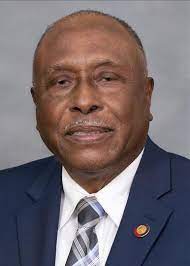 Lucas first took his seat in 2001, so he's been in Raleigh long enough to watch mere saplings grow into imposing trees. He has never to my knowledge faced a serious primary nor general election challenger. He's been given the title of House Democratic Conference Co-Chair. He doesn't seem to have been particularly active at introducing legislation.

Lucas also has no campaign infrastructure I can find -- no Twitter account, no website, and his Facebook page is moribund. If he considers Aziz a serious threat to his tenure, he doesn't show it.

He became a teacher in Cumberland County schools way back in 1964, then rose to assistant principle in 1970, and then worked as a principle from 1975 to 1998. He also served on the town of Spring Lake's local government, including a term as mayor. He was educated at Fayetteville State and received advanced degrees from NC Central and Eastern Carolina.

There's nothing energetic about his public image.

Posted by J.W. Williamson at 4/01/2022 06:45:00 AM
Email ThisBlogThis!Share to TwitterShare to FacebookShare to Pinterest
Labels: Marvin Lucas, Naveed Aziz