The Dem Primary in HD33: Another Long-Serving Incumbent, Another Insurgent Challenger

North Carolina House District 33 comprises a sizable chunk of southeastern Wake County bordering Johnston County. It's considered "safe Democratic." Some 34% of its voting population is Black, which doesn't entirely explain why Rosa Gill has represented the district since her appointment to the seat in 2009. She's being challenged this year by a white Navy veteran, so the Democratic primary in HD33 is another tale of an insurgency against a long-time incumbent. 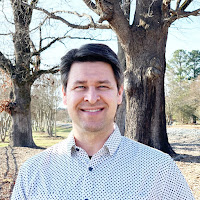 Like some other challengers of well-entrenched incumbents this year, Blanton seems to imply that his opponent has become too complacent:

We need a leader than will do more than be a rubber stamp, who is actually engaged with the needs of those who live here in south-eastern Wake County.

The fact is, our district has been left behind the rest of Wake County with a delayed beltway project, the least number of greenways and public spaces, and little direction to address the sprawl, traffic, and housing issues.

I intend to change these things and to be a voice in Raleigh for our community.

Blanton joined the US Navy after high school and trained as a nuclear power specialist and subsequently served on the nuclear carrier USS Harry S. Truman. "I completed two combat deployments in support of Operation Iraqi Freedom and a humanitarian mission to the Gulf of Mexico in the aftermath of Hurricane Katrina." After being discharged from the Navy, he attended NC State to study nuclear engineering and political science and subsequently took a job with Duke Energy's Harris Nuclear Plant.

He became active in local Wake County political organizing during the George W. Bush administration (and following Hurricane Katrina), but he's no progressive firebrand. He posted on Facebook his agreement with an Alexander Jones editorial that criticized the Biden administration's misreading of the public mood about "Build Back Better." Wrote Blanton,

The Democratic Party has squandered opportunity after opportunity by pursuing policies instead of electoral politics.

My campaign is focused on rebuilding the trust in the Democratic Party. Getting cast into the political wilderness once a decade because we overreached where the people are doesn’t help anyone.

Rosa U. Gill, the Incumbent 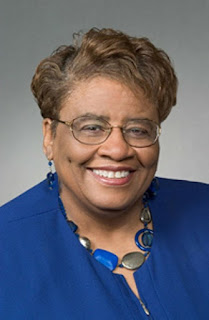 Gill was first appointed to her seat by Gov. Beverly Perdue to serve out the uncompleted term of Dan Blue, who had been appointed to an unexpired Senate seat. She has consistently walloped both primary and general election opponents, usually earning in the high 70 percentile of the vote and rarely taking less than 60%.

"She is a product of the Wake County Public School System and a graduate of Shaw University. Rosa is a retired state employee (23 years as an educator and 10 years as the Director of Traffic Records with the Division of Motor Vehicles). She taught mathematics at Garner High School and Enloe Magnet High School" (Vote Rosa Gill for NC House). She subsequently ran unsuccessfully for the Wake County Commission and then won a seat on the Wake County School Board in 1998.

Posted by J.W. Williamson at 4/04/2022 07:02:00 AM
Email ThisBlogThis!Share to TwitterShare to FacebookShare to Pinterest
Labels: Nate Blanton, Rosa Gill