What's Going On in the Cheri Beasley Campaign? 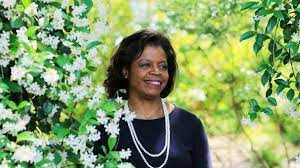 I troll the InnerTubes constantly, and I have to say that I totally missed the following headline four days ago: "Cheri Beasley’s campaign manager, finance director quit" (AP). And I've seen no chatter about it whatsoever among political types. But didn't I think, "Uh-oh. Trouble"?

Beasley's been invisible while Jeff Jackson has been drawing big crowds at his 100-county speaking tour, but Beasley's fundraising has been strong (so that's where she's been: on the phone). She raised $1.28 million through the end of June.

But it's not a good look to have two such senior staffers abandoning the campaign in such close proximity to one another.

Posted by J.W. Williamson at 8/09/2021 08:30:00 AM
Email ThisBlogThis!Share to TwitterShare to FacebookShare to Pinterest
Labels: Cheri Beasley, Jeff Jackson