Hey, President Biden! Cut This Out! 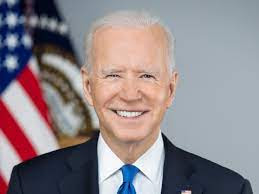 Reporting by Sean Sullivan and Michael Scherer, in the WashPost:

The pattern — which continued this week with the Treasury Department's announcement that it was hiring J.J. Ricchetti, son of Biden counselor Steve Ricchetti — has drawn concerns from ethics experts, diversity advocates and others. They say it is disappointing that Biden didn’t shift even further from the practices of Donald Trump’s presidency, which they felt reeked of nepotism and cronyism.

"Reeked" is the right word!

Posted by J.W. Williamson at 6/18/2021 10:28:00 AM
Email ThisBlogThis!Share to TwitterShare to FacebookShare to Pinterest
Labels: Joe Biden