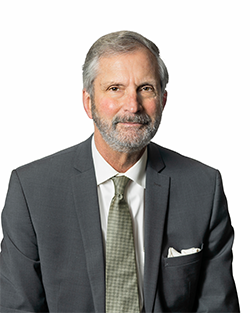 Randy Isenhour, chair of the Catawba County Commission, published a letter in the Hickory Daily News yesterday that praised the UNC-CH Board of Trustees for denying tenure to Nikole Hannah-Jones, and he took the opportunity to blast her 1619 Project as "junk history." It's a remarkable display by an elected official in Catawba County, weighing in so ferociously on the hiring of a famous journalist at Chapel Hill and assessing the historical accuracy of a document I would bet he hasn't read. Not sure of Mr. Isenhour's qualifications for discerning good history from "junk."

He isn't qualified, so Isenhour turns to three authorities for calling the 1619 Project "junk history": the Rev. Corey Brooks, a Black pastor in Chicago trying to quell urban violence; Columbia University Prof John McWhorter, a prominent Black intellectual and contrarian; and Robert Woodson, a Black community organizer in DeeCee. Do you think the racial makeup of his authorities happened by chance?

Isenhour's three detractors of the 1619 Project all have their reasons (which I respect) for rejecting a new historical emphasis on slavery and racism. In Rev. Brooks' case (a view he published in The American Conservative), he worries that because both the 1619 Project and Black Lives Matter "emphasize that America is racist to its core, they both inadvertently make the American Dream inaccessible to non-whites. As a consequence of this viewpoint, blacks are doomed to view the American Dream as spectators rather than as full participants engaged in a wholehearted pursuit of their personal American Dream."

Isn't that patronizing on its face?

The blisteringly smart John McWhorter has an actually similar reaction -- that even admitting that Black bondage shaped the nation becomes an original sin that cannot be expunged:

But now we have a true Genesis-style scenario under which, at the very outset, a ship brings Africans to this land in 1619 and everything that happens here afterward is rooted in the unjustifiable bondage of those human beings and what was connected to it. Now, not only does the American individual harbor the original sin of being born privileged, but America itself is a product of a grand original sin, permeating the entire physical, sociological, and psychological fabric of the nation, to an extent no one could ever hope to undo, and for which any apology would be insufficient to the point of irrelevance.

McWhorter may be the better writer, but his viewpoint seems as patronizing as Brooks's, that focusing on slavery and racism can discourage, even knee-cap change and keep Blacks in economic and political subservience. I can appreciate these viewpoints without agreeing that change is impossible when you accept unpleasant reality.

Now the reason the Catawba chair of the Board of Commissioners would trot out these guys as his authorities for declaring Hannah-Jones's work "junk history" may have more to do with the recent pressure he's been under to remove a Confederate monument from the courthouse square than it does with his devotion to good history. 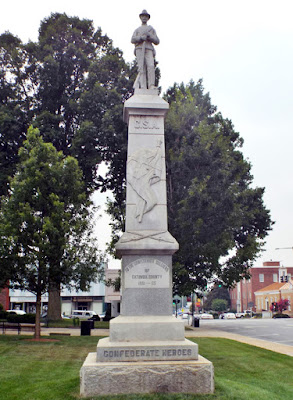 Since last August members of a local Truth and Reconciliation Committee have been speaking regularly during public comment at commissioner meetings, requesting that the Confederate monument be removed to encourage at least an appearance of fairness in Catawba County government. The statue of a Confederate soldier was erected on the courthouse square in 1907 during that great reflowering of white supremacy across the South, at approximately the same time Silent Sam went up on the UNC-CH campus and hundreds of other monuments popped up all across the former Confederacy as a pugnacious reassertion of "state's rights" (the right to discriminate via Jim Crow laws against former slaves being primary). Through all that public comment, Chair Isenhour remained stony-faced, like granite.

That outward refusal to be moved changed suddenly last December when a 16-year-old boy, Colby Dagenhart, stood up during public comment and admitted that he had been raised a racist (from reporting in the Hickory Record):

“I believed those large Confederate statues needed to stay right where they were because it showed the power of us whites,” he said. “I believed that was our heritage.” ...

By eighth grade Dagenhart had made many Black friends, but still didn’t support the Black Lives Matter movement, he said.

“I continued to believe that the Confederate monuments were my heritage,” Dagenhart said. “Then, I had a discussion about race with them [my friends].”

Dagenhart said their perspective changed his mind. His friends detailed struggles they’d faced from childhood simply because of the color of their skin.

“To put it simply, I never knew. I [became] educated,” Dagenhart said. “I realized I had spent my childhood growing in a world where my skin color never put me at a natural disadvantage. I never had to avoid cops on the street because I didn’t have to worry if I would come back home to my mother that day alive. I never had to walk by statues honoring people that I knew fought against my freedom.” ...

“This statue needs to be removed,” Dagenhart said, addressing the commissioners. “History has its eyes on you. We are Gen Z and we are watching. We are rising faster than you think. Change is coming, and it’s going to come with our vote.”

Well, apparently young Colby Dagenhart shook Mr. Isenhour's granite facade, because for the first time in all the months of citizens' speaking out about the statue (according to the Daily Record reporter) Isenhour broke his silence and got defensive with the 16-year-old who had spoken from the heart. Isenhour started listing all the "accomplishments" that he and his fellow commissioners had achieved and said that “the reason we accomplish so much in this county is because the citizens, by and large, in this county don't sit around ruminating about wrongs, and how their ancestors were wronged … or what their grievances were.” (Never mind that Confederate statues on courthouse grounds were and still are expressions of grievance against the North, no?)

Then Mr. Isenhour cut to the chase, essentially daring Colby Dagenhart and his Gen Zers itching to vote to find three people who'll agree with them, who might run for county commissioner and win, and then there would be a voting majority on the board to get rid of that Confederate monument.

In other words, "We got the power, kid, and until we don't, you can shut the hell up."

Posted by J.W. Williamson at 6/03/2021 10:59:00 AM
Email ThisBlogThis!Share to TwitterShare to FacebookShare to Pinterest
Labels: Catawba County, Civil War, racism

I used to live, many years ago, in DeKalb County, Georgia, where the state legislature (in its 'wisdom') banned removing such statues from the courthouse square. So DeKalb (which is 55% black) put up a plaque next to theirs. In part, it reads....

“In 1908, this monument was erected at the DeKalb County Courthouse to glorify the “lost cause” of the Confederacy and the Confederate soldiers who fought for it... Located in a prominent public space, its presence bolstered white supremacy and faulty history, suggesting that the cause for the Civil War rested on southern Honor and States Rights rhetoric instead of its real catalyst, American slavery. This monument and similar ones also were created to intimidate African Americans and limit their full participation in social and political life of their communities. It fostered a culture of segregation by implying that public spaces and public memory belonged to Whites. Since State law prohibited local governments from removing Confederate statues, DeKalb County contextualized this monument in 2019. DeKalb County officials and citizens believe that public history can be of service when it challenges us to broaden our sense of boundaries and includes community discussions of the victories and shortcomings of our shared histories.”


nothing worse than a "woke" kid