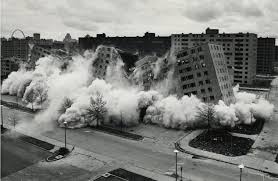 Like, slashing the budget of the State Board of Elections.

Phil Berger's NC Senate budget calls for removing the SBOE's investigative division, the entity empowered to investigate allegations of election fraud, and for cutting the agency's staff by a third including almost two-thirds of its IT personnel.

Pat Gannon, spokesman for SBOE, told WRAL that the bill "greatly impedes the agency from addressing vulnerabilities and preventing attacks" and would more generally knee-cap its ability to monitor and ensure that voting equipment adheres to state and federal standards.

NC House hasn't yet signed on to Berger's version of the budget.

The only thing that can save the SBOE is a Governor Cooper veto upheld by the Democrats in the General Assembly -- in which case, I believe the last budget would stay in effect.

Posted by J.W. Williamson at 6/23/2021 09:11:00 AM
Email ThisBlogThis!Share to TwitterShare to FacebookShare to Pinterest
Labels: North Carolina Board of Elections, North Carolina budget, Phil Berger

But I was told there is no voter fraud in North Carolina, so why have an investigative division at all?