The Bunker of Their Ignorance 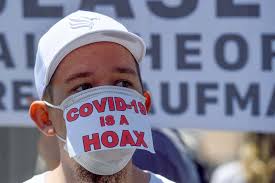 I've never liked hearing liberals call the other side "stupid." Heaping ashes on my head, because in the last nine months I've heard that word come out of my mouth -- more often muttered than said aloud, though since the election I may have said stupid so that others could hear. (Or one other person, more like, since we've been consistently sequestered since the third week of March. She doesn't use that word either. She prefers "dumbasses.")

Calling someone stupid is usually class-based (these days, allied more with politics). I react to class prejudice like I do to open racism -- like a coward. When did I ever stop traffic to call someone out for alleging that because someone else is poor and uneducated they're also stupid? I should have, many times. But I didn't, and it's shameful because I came from dirt and learned the country ways of thriving, but as a teenager I felt shame about those ways, including our religion, and I wanted to put shame so far behind me that the opportunity for college -- and then the opportunity for a doctorate -- rocketed me into elitist environments far from home. And I never went back, except for short visits. Higher education didn't just change me. It alienated me from my roots, almost never for the better.

I became my own type of educated snob, I guess. Snobs are stupid, I realize. To cure my stupidity, I try to remember myself every day -- what it meant to be a country boy who was used to shouting in church and didn't know a rumpus from a rumpus room but who did know automobiles that broke down constantly and the rest of the fine art of getting by by livin' poor.

What's on my mind is a national epidemic of ignorance -- lack of education that endangers all of us and the ecnomy, an ignorance which isn't necessarily nor automatically stupidity. Being uneducated can be merely the lack of dressing on top of totally random distribution of the human genes for native intelligence, for quick wittedness, for the perception of space and geometry. The numbers of very bright but uneducated people I've known are proportionally equal all over the deep countryside of this nation. The ranks of the uneducated contain plenty of super smart people. Some of the dumbest people I've known -- let's face it -- are overeducated idiots. Some of the smartest -- farmers and mechanics, who without any formal education have mastered their necessary arts.

But when ignorance metastasizes into stupidity -- that impresses me. Like during the last four years, when so many Trump loyalists decided to believe that "the media" -- all of it, some of it (there are notable exceptions) -- that the media is the enemy of the people and only tells lies that hurt President Trump. So they simply ignore the news that might actually protect them, because when you think the coronavirus pandemic is all a made up story to make people turn against Trump, ignorance has become self-destructive, and that's stupid.

A South Dakota emergency room nurse said the patients “that stick out are those who still don’t believe the virus is real.” A nurse in El Paso, where the epidemic has been raging for two weeks, tweeted that when she checked in on an ICU patient who was “awake and alert,” he said, "I don’t think covid is really more than a flu.” An emergency physician and medical toxicologist at Cleveland’s University Hospital shared his "surreal" experience of treating a patient infected with coronavirus who refused to believe the virus was real. A local restaurant in Banner Elk defied all the guv's COVID rules, made fun of masks, and called the virus a hoax until their cook died of it. That's ignorance becoming stupidity, because stupidity is illogical and will do things to harm itself. Stupidity can kill.
Donald Trump worked hard to create that cancer, making (according to the WashPost) some 23,035 false or misleading claims in his 1,331 days in the White House (some of those days spent on golf courses, where he could still tweet nonsense on a whim). It's not just an ignorant 73 million people who potentially believe the election was stolen from Trump via fraud. It's now a potentially stupid 73 million people prepared to resort to self-destructive violence -- or to the further erosion of our national civic compact, which is also self-destructive -- to right a grievous wrong that their leader convinced them actually happened.
I don't know where this nation's headed. Maybe we're just ungovernable any more as "one people." Lot of educated citizens thought that in 1859 too. Many of them ended up being real stupid.
Posted by J.W. Williamson at 11/29/2020 01:28:00 PM
Email ThisBlogThis!Share to TwitterShare to FacebookShare to Pinterest
Labels: Donald Trump, Trumpism

While enjoying your North Texas and academic soul-searching, I too am puzzled and dejected by the fake-news knee jerking by people I value and even love. You do write well about the situation. I look forward to the Electoral College doing its proper constitutional rewsponsibilities.

Thanks, USMCwalker, and especially thanks for not pointing out the typo. My eyesight ain't what it used to be.