Is Fred Eshelman the Biggest Rich Dope in North Carolina? 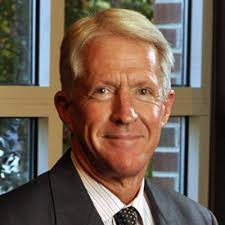 If you were around in 2010 and watched a dark money group calling itself "Real Jobs NC" trash the reputations of our two representatives in Raleigh, the late Steve Goss and Cullie Tarleton, you probably don't remember that a major donor behind that trashing was Wilmington gajillionaire Fred Eshelman, a pharmaceuticals industry mogul.

Eshelman has made the news this week because immediately after the November 3rd election he gave $2.5 million to True the Vote, a Texas outfit run by Catherine E. Engelbrecht of Houston, who just knows -- has always known -- that when Republicans lose elections it's all because of massive fraud. Engelbrecht told Eshelman that she had a sure-fire plan to expose the fraud behind Trump's losses in seven swing states, so he immediately wired her all that money to fund her plan to expose election fraud.

Now he's suing to get it back because it turns out Engelbrecht was spouting nonsense and she can't/won't explain what she did with the money. She apparently filed trifling lawsuits in four states, which she voluntarily withdrew, and she's consistently offered no answers, or vague answers, to Eshelman's nagging questions. Short answer to all his questions: You might have gotten scammed! (The suit itself, linked above, makes for fun reading.)

I'm indebted to Juanita Jean over at The World's Most Dangerous Beauty Salon, Inc. in Texas for putting me onto poor dumb Eshelman's squandering of big money to help salvage Twitterman's reputation as a "winner." Juanita Jean knows Engelbrecht because they used to be neighbors and opposing political warriors, so she's especially enjoying the spectacle of one rich Republican suing another Republican over the failure to prove massive fraud in the recent election.

Why yes, he is a dope and a selfish swamp monster.

He'll make it back on vaccines, a thousand times over, and she'll move over to Ted Cruz scams. That's how plutocracy works.