Neera Tanden, to head the Office of Management and Budget 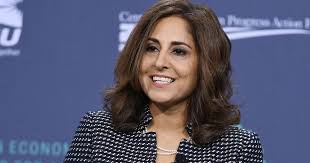 A top aide to Republican Senator John Cornyn has already announced on Twitter that this nomination is DOD. Apparently, Tanden has offered a frank public appraisal of Senator Cornyn in the past, and she's known for blunt talk. (Her emails that were included in the notorious hack of John Podesta's server in 2016 probably earned her new enemies.) Perhaps more ominous, she's also been a sharp critic of Bernie Sanders, and even though she's lumped in as part of the left wing of the Democratic Party, she opposes single-payer healthcare and Medicare for all.

Tanden is chief executive at the Center for American Progress and has appeared on television frequently. Her parents immigrated from India, but Neera was born in Massachusetts. Her law degree was granted by Yale University. She was a key aide to Hillary Clinton through all her campaigns, and during the Obama administration, she had a significant hand in crafting the Affordable Care Act.

Cecilia Rouse, to chair the Council of Economic Advisors

She's dean of the School of Public and International Affairs at Princeton University. She earned all her degrees, including a Ph.D., in economics from Harvard, and she has specialized in the economics of education. She served on the Council of Economic Advisors under Barack Obama during his first term.

She is married to Ford Morrison, son of author Toni Morrison, and they have two daughters.

She is expected to play a central role in revitalizing the American economy amid the COVID-19 pandemic. In June, she spearheaded a letter urging Congressional leaders to pass an economic relief bill in the wake of the pandemic’s “parallel health and economic crises.” 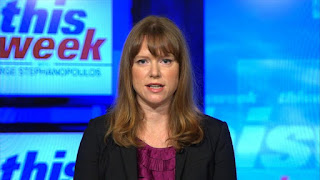 She's a red clay Georgia gal, but she went to college at the University of Virginia.

Bedingfield cut her political teeth in 2008 as spokesperson for both the John Edwards presidential campaign and the Senate campaign for Jeanne Shaheen in New Hampshire. In November 2011, Bedingfield started working at the Motion Picture Association of America, becoming its spokesperson and vice president of corporate communications in 2013. In 2015, she was named communications director for then Vice President Joe Biden. She also held two additional roles in the Obama administration.

Bedingfield served as deputy campaign manager for Biden's presidential campaign this year. Fortune magazine named her one of the most influential people, under the age of 40, in government and politics. 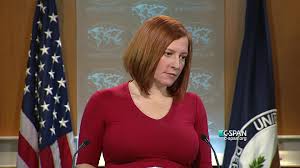 Psaki (the p is silent) was White House Communications Director during the last two years of the Obama administration. Previously, she was a spokesperson for the Department of State and held various press and communications roles in the Obama White House.

A 2000 graduate of the College of William and Mary, Psaki began her career in 2001 with the re-election campaigns of Iowa Democrats Tom Harkin for the U.S. Senate and Tom Vilsack for governor. She then became deputy press secretary for John Kerry's 2004 presidential campaign. From 2005 to 2006, Psaki served as communications director to U.S. Representative Joseph Crowley and regional press secretary for the Democratic Congressional Campaign Committee. She was Obama's traveling press secretary during his 2008 campaign. 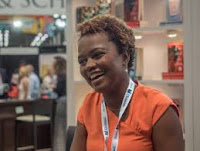 She is the senior advisor and national spokeswoman for MoveOn.org and has been seen regularly as a political analyst on NBC News and MSNBC. She served as the chief of staff for Kamala Harris and on the Biden/Harris 2020 presidential campaign.

Coincidentally, she also worked alongside Kate Bedingfield on the 2008 John Edwards presidential campaign.

I realize the OMB has to be a fiscal watchdog, but not really a fan of Neera Tanden. Maybe we left-wingers need that kind of damper, but we cannot really expect the economy to boom when ANYone can be ruined financially by one serious illness. Medicare for all is definitely the way to go and the ACA just doesn't go far enough.