I've Got To Get Hold of Myself 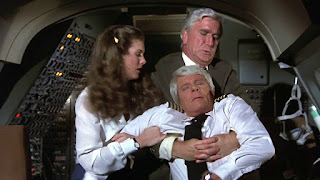 Okay, I'll confess. After the Ray Russell loss in the NC House District 93 race Tuesday night, I went to bed for 24 hours. Didn't necessarily sleep. Turned off all electronic devices, including WETS, but still developed a throb in my temples. Hugged my pillow and shrugged off Jake, who wanted a walk bad. Finally, this a.m., I still ain't pretty to look at, but at least I'm standing on my feet.

Researching in depth this morning what went down in North Carolina (see previous post down-column), it's like body blows to see that Christy Clark and Sydney Batch lost their House seats and J.D. Wooten and Terri LeGrand couldn't quite win their Senate races. (Setting aside for the moment the many other body blows we sustained in both Federal races and statewide in Council of State contests.) I've spent over three years researching and writing about the brave Democrats -- those folks I just mentioned and many more -- who were breaking into the Republican pods in our General Assembly, or trying to break in. It's demoralizing to see what gerrymanding continues to dish up.

It ain't just gerrymandering. Of course, maps count, but the larger fact is that overwhelming majorities in some locales, not all, have watched the Phil Berger/Tim Moore regime in Raleigh (I'll get to the Trump regime below) and consciously asked for another big helpin' of it. They're perfectly okay with the strangling of public education and the back-handing of the unemployed, the poor, and the sick. They're super okay with the coddling and the privileging of the rich at the expense of the middle class. They're just fine with the power-grabs, the deliberate suppression of black and young voters, the petty vendettas against a Democratic governor, and the attempted manipulation of the mechanics of voting to maintain their power. Worst of all perhaps, they're partisan enablers of a pandemic, libertarians with the public health. That's the government the people around me want (actually, more the voters in the County of Ashe -- the prime movers in Ray Russell's loss -- cause Watauga's blue). That majoritarian reality dominates many isolated progressives marooned in many other North Carolina counties.

Our local reality in North Carolina is one thing. Nationally, the shit is even deeper, even if Biden ekes out a win. Largely, in fact, because Biden ekes out a win. You think Trump goes away at all, or goes away without a big public stink? It'll be like trying to induce an unwilling spider monkey back into his cage. He ain't going until he's caused a big enough spotlight to guarantee the financial success of his next commercial enterprise, perhaps his own television network to rival Fox. The charm of a snake-oil drummer will not go wasted, along with the inherent gullibility of low-information voters, who also ain't gonna take losing gracefully.

Trumpism is here forever. It's always been here, truth to tell. Trump has just awakened it with pure blarney -- "The hatreds and resentments you feel are the right hatreds and resentments to feed, and I'm here to help puff you up by insulting your enemies. Listening to me proves how smart you are!" Selling that line of bullshit takes the unmitigated skill of the carnival barker. Once hooked, the gulls are entertained by the spills and thrills of Trump's immorality and cruelty. "Owning the libs," dissing this media, and torturing illegal immigrants is great rippin' sport.

Meanwhile, the Trump show is the Republican Party, and its elected officials going forward will probably now be even more leery of bucking the Trumpists. McConnell is still king of the Senate (you think he won't treat Biden the way he treated Obama?). But the Republican Party is also now a co-respondent in an unhappy marriage with Qanon and the KKK, the Proud Boys and militia dudes everywhere. Kids in cages was not just Trump public policy. It was irresistible catnip for the bloody-minded -- validation and flattery for their grudges.

That's the harsh reality in 2020 for North Carolina. It'll be even worse for Democrats in the Midterms of 2022.

Hate to say it, but you’ve let all the air out of my tires with this prognostication. Mr. Biden is a sweet soul, but an inspiring orator he is not. It will be an enormous challenge to move the boulders of cynicism, hatred and B.S. now common in our national partisan dialogue. It’s time we each took responsibility to lower our voices, smile now and then, and listen to one another. I can’t imagine any other way to begin to replace the walls separating us from our countrymen and women.