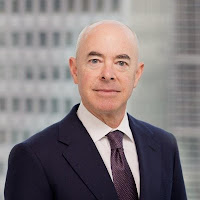 The first Latino and first immigrant (he was born in Cuba) to lead the Homeland Security Department. He is a former director of the department’s legal immigration agency and a former deputy secretary of homeland security.

According to Zolan Kanno-Youngs, Mayorkas was seen as the candidate who could best stabilize the department, which has spent much of the last four years in turmoil. The department has been cursed with vacancies and interim leaders, has been accused of bending to Mr. Trump’s political whims, whether that meant separating children from their families at the border, building a wall with Defense Department money, or pulling protesters from the streets of Portland, Ore.

Soon after his nomination became public, Mayorkas tweeted: "When I was very young, the United States provided my family and me a place of refuge. Now, I have been nominated to be the DHS Secretary and oversee the protection of all Americans and those who flee persecution in search of a better life for themselves and their loved ones." 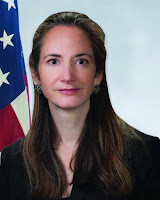 First woman named to this job, Haines was also the first woman to be deputy director of the CIA and served as former President Barack Obama’s principal deputy national security adviser. Haines has worked with Biden for more than a decade.

According to Ben Leonard, she was born into a household of two scientists. While Haines was still a teenager, she became a principal caregiver to her mother, who was dying of tuberculosis. By the time she was 24, Haines had studied physics at Baltimore’s Johns Hopkins University after receiving a degree in physics from the University of Chicago. She then pursued and received a law degree from George Washington University.

In the mid-1990s she opened a book store in Baltimore with her future husband. She then clerked on the U.S. Court of Appeals for the 6th Circuit from 2002 to 2003. From 2007 to 2008, Haines served as the deputy chief counsel to the Senate Foreign Relations Committee, which Joe Biden chaired. In 2018, Haines was named a senior fellow at the Johns Hopkins University Applied Physics Laboratory.

John F. Kerry, as the presidential envoy for climate 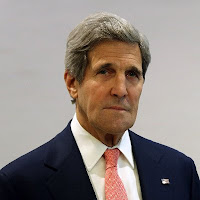 Kerry is (of course!) a former secretary of state, senator, and Democratic presidential nominee. He will lead the country’s reentry into global climate politics in a new role that will elevate climate change as a priority of President-elect Biden. [What follows comes from Brady Dennis et al.]
Kerry has continued to work on climate-related issues since the end of the Obama administration. Last year, Kerry launched World War Zero, a coalition of scientists, celebrities, world leaders and other activists to push for more aggressive climate action around the globe. The group describes its mission as “uniting unlikely allies with one common mission: respond to the climate crisis now.”
Earlier this year, Kerry co-chaired a climate task force with Rep. Alexandria Ocasio-Cortez (D-N.Y.) set up by the Biden campaign to make policy recommendations and bring supporters of Sen. Bernie Sanders (I-Vt.) into the fold after Biden secured the Democratic nomination.
Catherine Coleman Flowers, an environmental activist in Montgomery, Ala., and a Sanders surrogate on the panel, said Kerry helped smooth over disagreements involving nuclear energy and other issues during Zoom meetings.
“He was quite the diplomat in terms of trying to make sure that all sides were represented and that we could reach compromises that we could all live with,” she said. “He had a good understanding of the climate crisis.”

Janet Yellin, as secretary-designate of the Department of the Treasury

First woman nominated to lead Treasury in its 231-year history. Also the first woman to head the Federal Reserve.
According to Michael Crowley and Jeanna Smialek, "Biden is turning to a renowned labor economist at a moment of high unemployment, when millions of Americans remain out of work and the economy continues to struggle from the coronavirus.
"Ms. Yellen, 74, is likely to bring a long-held preference for government help for households that are struggling economically. But she will be thrust into negotiating for more aid with what is expected to be a divided Congress, pushing her into a far more political role than the one she played at the independent central bank.
“ 'While the pandemic is still seriously affecting the economy, we need to continue extraordinary fiscal support,' Ms. Yellen said in a Bloomberg Television interview in October."

As someone else opined....'There is something wrong with all these nominees. They seem way too qualified and experienced for the job!'