I've been pawing through the NC House and Senate districts that Trump won in 2016 where he took less than 60 percent of the vote. The 48th Senate District down in Transylvania, Henderson, and the southermost part of Buncombe fit that description, and I wrote about Democrat Brian Caskey running in that district and the boost he may get from a couple of other Democrats running in overlapping NC House districts. 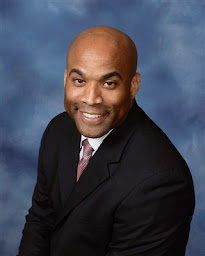 Then I found Democrat Marcus Singleton running in SD36 (Cabarrus County and a little of Union; Concord is the principal city). Marcus is a United Methodist Church minister, a graduate of the divinity program at Howard University with a master's in counseling from Bowie State in Maryland. He pastors Aldersgate United Methodist Church in Charlotte. He posted a lengthy statement about the death of George Floyd and the importance of the Black Lives Matter movement, which said in part:

The inability of politicians and leaders to identify with the pain and suffering of everyday people is commonplace from every sphere of political leadership, nationally to locally....

We have too many elected leaders who have neither the willingness to work across the aisle nor the willingness to know and experience the pain of the people to whom they have been elected to serve. One of my hopes as we continue to grieve Mr. Floyd’s death is - we as citizens - we as an electorate recognize the importance of diversity in political leadership.

Senate District 36 was most recently rated "Likely Republican" by Michael Bitzer and associates. Trump took 59.53 percent of the vote in 2016, but Democrats (29 percent) and Unaffiliated (34 percent) together out-number Republicans (36 percent), and I'm persuaded that there's a big untapped and disengaged voter pool that could get motivated and then animated and overcome that 10-point disadvantage (especially if the Republican electorate is depressed). Blacks make up 18 percent of the voters.

There's an overlapping boosting effect that could come from two very active and promising NC House candidates whose districts include large parts of Cabarrus -- Democrat Gail Young in HD83 and Democrat Aimy Steele in HD82, both of which have been on most lists of "races to watch" all year. Singleton, Young, and Steele could support and nurture each other's campaigns, especially if they've got healthy new-voter registration drives underway.

The three of them showed up together back in January at Martin Luther King Jr. Day observations in Concord. Interestingly, so did incumbent Republican House member Larry Pittman, who is being challenged by Gail Young in HD83 this November.

Rep. Pittman's attendance is perhaps not entirely surprising. (Can you spell chutzpah?) He is after all a politician running for reelection. But he's probably not fooling anyone. He's also known for hanging with a neo-Confederacy group. Pittman introduced a bill that would have removed the ban on secession from the state constitution, and he drew widespread attention in 2017 when he stated that the Civil War was "unnecessary and unconstitutional" and compared Abraham Lincoln to Adolf Hitler. His campaign received at least $2,000 from the Sons of Confederate Veterans PAC.