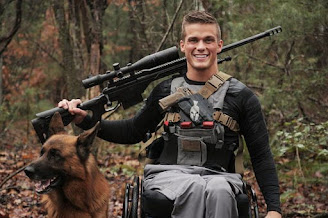 I have been a contributor to Democrat Moe Davis's campaign to win Mark Meadows' former US House seat down in the 11th Congressional District (Asheville), so I can be depended on to lap up new in-depth reporting on Moe's 25-year-old Republican opponent, Madison Cawthorn. Cawthorn has wanted to be seen as a generational renewal for an aging Republican Party. At least he campaigned that way against Donald Trump's pick for the job (and Mark Meadows' designated successor), Lynda Bennett, but he's turning out to be just a younger and better-looking Louie Gohmert.

Cawthorn told a New York Times interviewer that he was motivated to seek office “because I believe there’s a generational time bomb going off in the Republican Party… I think we’ve not been working hard enough to really reach out and try to appeal to younger voters and we’re starting to see the ramifications of that in national elections.”

But if those words seem to presage a campaign message that would inject a new, younger way of thinking in his party, it isn’t evident in his general election campaign. Since claiming the nomination, Cawthorn has campaigned as a hard-right conservative on policies aligned with the party base of older white voters rather than those expressed by his Gen Z and millennial peers in several polls.

Gone from his website is a boast that, by trouncing primary-rival Lynda Bennett despite her endorsements from President Trump and former incumbent Mark Meadows, he had demonstrated his independence from the Washington, D.C.-based Republican elite.

Newly prominent is the mantra that he is “pro-Trump, pro-life and pro-2nd Amendment.” He populates his Twitter, Instagram and Facebook posts with videos of his Washington, D.C. meetings with Trump and other long-time GOP leaders.

He relishes hanging out with political celebrities. According to reporter Esther Wang ("My Deep Dive Into the Soul of a Model Young Republican Candidate"), he likes hanging out, period. And he looks, according to Wang, like he's at least "white nationalist adjacent."

He's being petted by Trump and Co. as the Next Big Thang, and conservative Republicans in the 11th CD will take to him like debutantes pursuing a contestant on The Bachelor, but thoughtful voters ought to look closely at what they're buying. Cawthorn is unprepared for the job -- shallow, entitled, echoing opinions handed down from the elders he claimed he was transcending.

Col. Moe Davis, the Democrat, is actually massively qualified and working hard for the job that Madison Cawthorn evidently thinks will he handed to him like a participation trophy.

Hell on wheels and dead from the neck up.