Dave Wasserman, US House editor for the Cook Political Report, posted a number of updates on the ratings of certain House races on July 17th, and we enjoyed seeing Dan Bishop (NC09) on the "anti-Trump wave watch list."

A reminder that Democrat Cynthia Wallace is the candidate forcing that change of prospects for Dan Bishop. Cynthia Wallace seems freshly minted to energize those underperforming Democrats that Dan
McCready failed to win over in last year's special election. I've been spending time on her website and on her social media, and she seems both highly qualified and brimming with confident energy. She earned a mathematics degree at Spelman College in Atlanta, a master's degree in statistics, and she works in the high pressure financial services industry in Charlotte as an expert in risk management and government regulations.
Perhaps overlooked in accounting for her surging candidacy is her deep involvement in Democratic Party activism. She's currently the Democratic chair of the 9th Congressional District, which means she's well known in all her counties among progressive activists, giving her a network of volunteers and a base of support that Dan McCready had to build from the ground up. 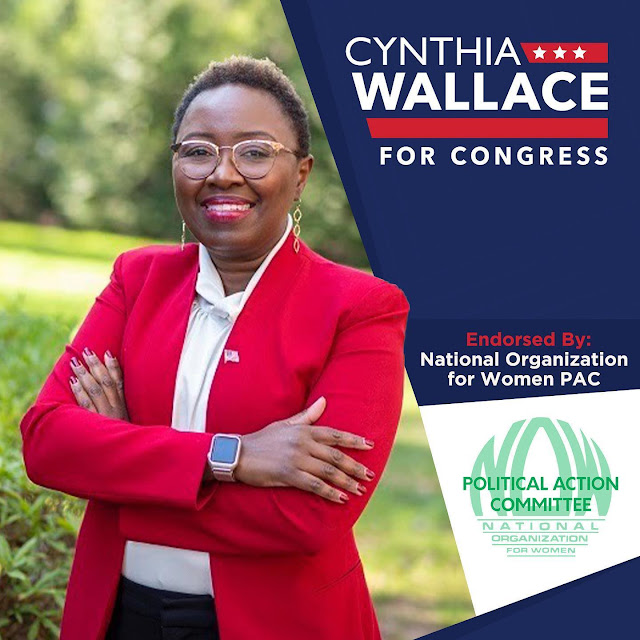 Posted by J.W. Williamson at 8/02/2020 10:59:00 AM
Email ThisBlogThis!Share to TwitterShare to FacebookShare to Pinterest