A Long-Shot With a Decent Chance: Kael Weston in Utah's 2nd CD

I lived in Salt Lake City once upon a time for four wonderful years. I loved that place, one of the most original cities in this wide country, and I went often to the Mormon Tabernacle at noon for the organ concerts played by Alexander Schreiner. Salt Lake City has a rich cultural history and the best street-naming system anywhere. You're never lost, as long as you understand longitude and latitude.

Right now Salt Lake City, the anchor of the 2nd Congressional District, has a good shot -- the best shot in many years -- to elect a Democrat to Congress. The fact that the district also takes in vast stretches of rural western and southern Utah is probably why every pundit ranks the 2nd CD as "Safe Republican" -- liberal Salt Lake City be damned! 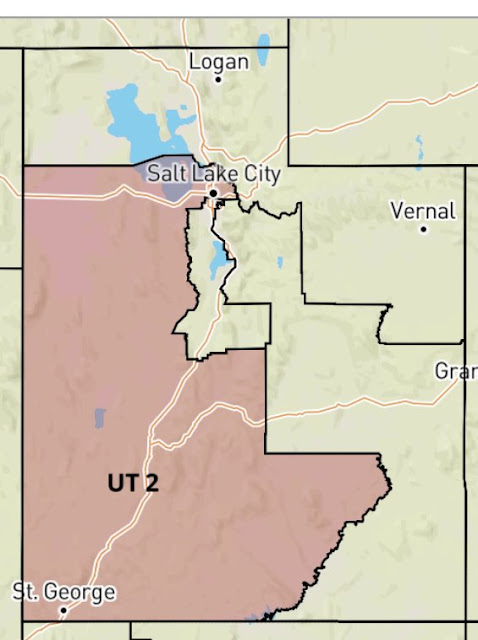 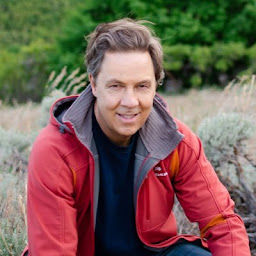 I became aware of Kael Weston because I follow ex-Marine combat pilot Scott Cooper on Twitter. Cooper jumped into the Democratic primary in the North Carolina 2nd CD in 2019 to take on Republican incumbent George Holding, but he got drawn out of the district in the most recent remapping, and he dropped out of the primary before the March voting. But he's stayed active in politics, and he brought my attention to Kael Weston:

.@KaelWestonto me recently on why he's running for Congress. "It's not the hardest thing I've done - Fallujah & Helmand were the hardest. But it may be the most important thing I'll ever do." He's one of the people who might just help save our Republic.

Weston served for some seven years in both Iraq and Afghanistan representing the US State Department as an on-the-ground advisor to Marine Corps brass and taking the lead -- for example -- on rebuilding Fallujah's infrastructure, facilitating the return of hundreds of thousands back into the city, establishing a new city council, and working with leaders in Ramadi and Baghdad. He wrote about all that experience in an award-winning book "The Mirror Test."
There's a lot more to know about Kael Weston, which you can explore at your own pace: www.WestonForCongress.com.
What About the Republican Weston Is Running Against?
Salt Lake City is not Trump country. Much of the rest of the 2nd CD might be, but it's worth pointing out that Trump took less than half the Utah popular vote in 2016. Good Mormons -- of which the 2nd CD is well equipped in the west and south -- might take their cues from their Mormon Senator Mitt Romney, who was the only Republican to vote to convict Trump. Can we venture the speculation that Utah's adherence to Trump is unsettled?
Then comes the incumbent Republican Rep. Chris Stewart, first elected in 2012 and not seriously threatened by any Democrat since. Until Kael Weston came along:

UtahPolicy.com reported the Democratic Congressional Campaign Committee considers Stewart potentially vulnerable to a strong opponent, due to Donald Trump's unpopularity in the 2nd District, and Stewart's record of vigorously defending him.

A poll taken in January 2020 among likely voters showed Stewart with 38% of the vote, and a Democratic challenger with 36% of the vote....

A July 2019 poll showed Stewart with the lowest approval rating of any Utah congressperson.

So ... let's watch this race. Might be a sleeper flip.