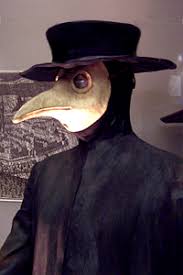 Hope has a companion, despair. He comes dressed in black and wearing a plague masque. While Hope squeegees on the softsoap -- "The polls reflect reality!" Despair blasts a cold water hose --"You should doubt the polls, because ... history. The polls don't know shit because they don't know the right ones to talk to."

It's not just the polls nurturing Hope. It's ground-level narrative -- rumor and hearsay. Like this we heard: Old-line rural Republicans in Watauga County seem more embarrassed by Trump than energized, and if they decide not to show up on November 3rd, then Hope, she is a prophetess.

Politics is an art, but it's also divination -- reading the signs -- and intuition, taking the surrounding temperature, looking for that high fever on the other side that will mean trouble for you and for the candidates you work for. We don't feel any fever over there (except among the most ardent Trumpists, the ones pushing guns and God, but there aren't enough of them to lift a jalopy to the roof).

(I used to hope, oblivious to arithmetic, but I've learned better. The loss of Harvey Gantt in 1990 scarred my soul. But scar tissue is useful education, along with math.)

Arithmetic was trending my/our way, really since the day after Trump's inauguration when millions of women revolted, and it manifested itself in special election after special election in 2017, where the progressive Democrat regularly won, and culminated in the 2018 Midterms, when Trumpism was rejected every time in the suburbs. Why should we think that that resistance has ebbed by 2020? If anything, it's exploded. Republicans like Judge Bob Orr and the others who are organizing a splinter National Republican Party combined their membership with other never-Trumpers to hold their own on-line convention in Charlotte at the same time as Trump's convention.

I hope one thing; I fear another.

Posted by J.W. Williamson at 8/29/2020 11:19:00 AM
Email ThisBlogThis!Share to TwitterShare to FacebookShare to Pinterest
Labels: Bob Orr, Donald Trump