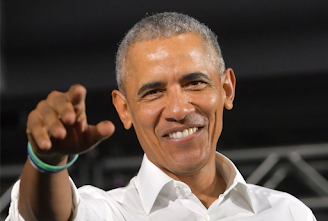 President Obama released a first wave of endorsements across the country, but no state got more mentions than North Carolina (well, maybe Pennsylvania and Texas, but still). He said, "I’m proud to endorse this diverse and hopeful collection of thoughtful, empathetic, and highly qualified Democrats. Together, these candidates will help us redeem our country’s promise by sticking up for working class people, restoring fairness and opportunity to our system, and fighting for the good of all Americans — not just those at the top."
He might as well have gone ahead and said, "Let's un-Trump North Carolina!"
NORTH CAROLINA

Many of these NC House and Senate candidates are insurgent challengers of incumbent Republicans or first-time candidates for open seats (Brian Farkas, Adam Ericson, Kimberly Hardy, Frances Jackson, Ricky Hurtado, Dan Besse, Donna Lake, Allen Wellons, Terri LeGrand). Several are defending the seats they won in 2018 (Terence Everitt, Sydney Batch, Christy Clark, Harper Peterson, Kirk deViere). WataugaWatch has written about all of them, some of them multiple times.
Posted by J.W. Williamson at 8/04/2020 07:57:00 AM
Email ThisBlogThis!Share to TwitterShare to FacebookShare to Pinterest
Labels: Barack Obama