No Transparency in North Carolina for What's Driving the COVID Numbers 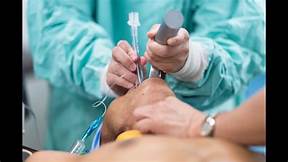 Major reporting is now available from a coalition of investigative journalists that much of the information about COVID-19 outbreaks in meat-processing plants is being kept from us.

North Carolina employs 35,590 workers in the industry, more than any other state except Texas and Georgia, according to U.S. Department of Labor statistics. We've known about the huge outbreak at the Tyson plant in Wilkes County because the Wilkes health department reported it and the company confirmed it, eventually admitting that almost 600 workers there had tested positive.

A Department of Health and Human Services spokesperson has admitted that the agency knows of more than 2,000 confirmed cases of COVID-19 at meat-processing facilities in North Carolina as of Tuesday of this week, but state officials are withholding information about the size of outbreaks at specific plants. Those 2,000 cases are spread across 28 outbreaks in 18 counties: Bertie, Bladen, Burke, Chatham, Davie, Duplin, Hoke, Lee, Lenoir, Randolph, Richmond, Robeson, Sampson, Surry, Union, Wayne, Wilkes and Wilson.

The department is leery of divulging the companies involved because it might discourage other companies from admitting they have a problem. What? That concealment seems guaranteed to harm the public health, and buck-passing looks like a virus of its own:

Statewide tracking of outbreaks at these kinds of facilities appears to have fallen into a responsibility or oversight gap. DHHS has repeatedly said the industry is regulated by the N.C. Department of Agriculture, and that DHHS can play only a supporting role in helping to implement protections for employees.

But state agriculture department officials say their oversight applies only to the food, not the health of workers. State Agriculture Commissioner Steve Troxler repeatedly denied having authority to enforce any safety guidelines for workers at meat processing plants.

“That is not something we’re involved in,” Troxler said in a recent interview. “Public health is the lead agency on the response to this virus.”

Meanwhile, the people getting sick and spreading the disease to their families and their communities are largely poor, non-white, often immigrant. The president has already signaled that he thinks they're expendable, with his executive order that meat-processing plants stay open no matter what, and no one else seems to be rallying to their defense. Our nation, our society has grown callous and outright cruel, from the top down, and I'm not just talking about cops killing black people.

Posted by J.W. Williamson at 5/29/2020 08:42:00 AM
Email ThisBlogThis!Share to TwitterShare to FacebookShare to Pinterest
Labels: health care