1. Yesterday the Republican National Committee, meeting in Nashville, declared that there are no "very fine people" marching with racists, in an official resolution. But the resolution's author quickly added that denouncing white supremacists has nothing whatsoever to do with Big T in the White House, who had said that there were "very fine people on both sides" in Charlottesville.

“This has nothing to do with the president,” said Bill Palatucci, an RNC committeeman from New Jersey who wrote the resolution. “This is the RNC saying that racism and bigotry have no place in America” (therefore evidently making the White House an island unto itself, and not a part of America as a continent at all).

"Mr. Palatucci served as General Counsel to the Presidential Transition Committee of President Donald J. Trump. In this role, he was responsible for all legal matters related to ethics compliance and contracts and agreements between such agencies as the U.S. Department of Justice, General Services Administration, and the White House." (Gibbonslaw)

2. While a Cat 4 hurricane was bearing down on Texas, Trump granted a full and unconditional pardon to fellow Birther and Hispanic tormentor, Sheriff Joe Arpaio of Maricopa County. 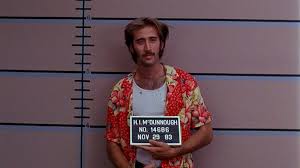 Question: Why didn't Trump pardon Arpaio at his rally in Phoenix, mere hours ago?

Reportedly, some White House aides convinced him it would create a storm of controversy. But he swished around and previewed the pardon anyway in front of that crowd, like a perfect little slut.

Hell-lo, Harvey! Just in time to provide cover! Not just for pardoning the whole concept of racial-profiling but also cover for this:

3. WH Chief of Staff fires Sebastian Gorka.  Put a Marine in charge, you get ass-whippings. Gorka was a Steve Bannon creature (he also came from Brietbart), who had no defined job and lurked about in the alt-right, Islamophobic, Trump nimbus all through the Trump campaign, and looks like a Twilight Zone villain. Has an accent to go with it.

Gorka did not go quietly. The Federalist published his written "resignation" letter: “[G]iven recent events, it is clear to me that forces that do not support the [MakeAmericaGreatAgain] promise are – for now – ascendant within the White House. As a result, the best and most effective way I can support you, Mr. President, is from outside the People’s House.”

So, Bannon and Gorka will be together again, back at Breitbart? If not America, they'll make Trump great again if it takes destroying the Republican Party. 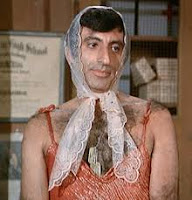 4. Trump signs "memorandum" banning transgender troops from serving in the US Armed Forces. Remember he had tweeted on July 26 that he was banning preverts in the military, because he needed a distraction in the press from the catastrophic failure of the GOP to repeal and replace Obamacare.

The military essentially rebuffed the tweet and said (either in effect or literally), "Show us the beef in a signed order," which by the way would be stupid and offensive).

But Trump finally signed what passes as an order (but was labeled "Memorandum") to the Pentagon, because he thought he couldn't afford to look weak ever, on any stupid topic, and with Harvey roaring on the Texas coast for distractive cover, he returned the military's pre-2016 policy under which no transgender individuals are allowed to serve openly in the armed forces. But with the memorandum Trump also simultaneously telegraphed the weakness of his case, leaving it totally up to General Mattis at the Defense Dept. and Whoever's Left at Homeland Security to decide what to do about transgender soldiers currently serving. "You guys decide," said the for sure entirely not weak Commander in Chief. 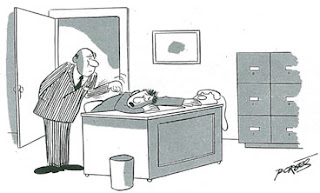 5.  Actual Harvey News: The Department of Homeland Security is currently without a permanent head. Two deputy director nominees at FEMA still await confirmation (either because Congressional Democrats have bogged down the process or because they're all going slow on nominations by a man who wanted his son's wedding planner as the director of New York Federal Housing). Trump has not even nominated someone to lead the National Oceanic and Atmospheric Administration, which includes the National Weather Service and the National Hurricane Center.

Trump, in his proposed budget released in May, recommended slashing FEMA programs and grants that help cities and states prepare for natural disasters (to the tune of $667 million), and he proposed cuts to the Pre-Disaster Mitigation Program. Trump recommended a 16 percent cut to the overall NOAA budget and a 32 percent cut to the Office of Oceanic and Atmospheric Research, the agency’s main ocean, weather, and climate research office.

Because knowing science never pays off.

The ex-sheriff is Italian-American.

AH, thank you for the correction.