Sen. Deanna Ballard Has Been Double-Bunked 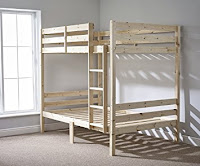 Proposed new NC Senate maps were released late yesterday, and indeed -- as predicted -- Watauga's 45th Senatorial District has been redrawn to include all of Wilkes County and has as a consequence pitted two incumbent Republicans against each other.

Here is the new map.

Sen. Shirley Randleman will presumably face Ballard in next year's Republican primary, unless one of the two drops out.

Posted by J.W. Williamson at 8/21/2017 08:20:00 AM
Email ThisBlogThis!Share to TwitterShare to FacebookShare to Pinterest
Labels: Deanna Ballard, redistricting, Shirley Randleman