Jonathan Jordan Will Once Again Face a Primary Opponent 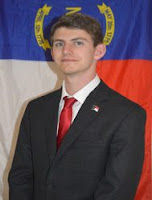 He has a website and a platform that heavily stresses support for public education (as did Lew Hendricks, Jordan's Republican opponent in 2016).

JW..I noticed you censored my comment. Mind telling me why? Was I too close to home?

Dear Anon,
You may bash me all you want, but you may not bash third parties in that manner.

Jerry, are you trying to be funny? Your whole blog is based on bashing "third parties". That seems to be your only purpose here.

It constantly amazes me that people bash JW for "censoring" them. JW isn't the government. This is his blog, and he can do as he damn well pleases. If you don't like it, you're free to move on and not read the articles here any longer. Or you can start your own blog!

Anonagain...I don't think anyone suggested he couldnt censor his blog if he wanted to.
We all understand that when his propaganda is challenged, he has every right to avoid embarrassment by not posting the offending comment.