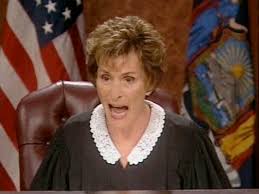 There'll be no special NC House and Senate elections in 2017, but yesterday the three-judge panel overseeing the illegal racial gerrymander of House and Senate voting districts scolded the Republican leaders of the General Assembly for not "being serious" about correcting the unconstitutional abuses of their power. The judges ordered new district maps by September 1.

By November 2016, the General Assembly had taken no action to redraw the districts, so the three judges ordered new maps and a special election for March 2017. GA leaders appealed to the US Supreme Court

In June 2017, the US Supremes unanimously affirmed the ruling of the three judges that the districts were illegal racial gerrymanders, but they stayed the order for special elections in March.

The Southern Coalition for Social Justice and others sued to force the GA to draw new districts, while the GA asked for an extension until November 15 to produce the maps.


Yesterday the three judges said no to the GA's request and demanded new maps by September 1. The estimate on the number of districts that will have to be redrawn to accommodate the 28 specific gerrymanders ranges as high as 116. “We agree with Plaintiffs that the General Assembly already has had ample time to enact a remedial redistricting plan,” the judges said in their unanimous ruling. “We also agree that constitutionally adequate districts should be enacted as quickly as possible to protect the rights of North Carolina citizens and to minimize any chilling effect on political participation attributable to the continued absence of a districting plan in the face of a finding of unconstitutional racial gerrymandering.”

The court also ruled that the GA must submit the new maps to the judges within a week following September 1 and that plaintiffs will have until September 15 to object to any problems and submit their own alternative maps.

The fact that the Republican leaders in the GA have hired the same gerrymandering expert that they used the first time for drawing the illegal districts does not suggest that we'll see fair districts this time, but the judges have warned that the new maps will be under special scrutiny.