"As Any Father Would"

Ye are of your father the devil, and the lusts of your father ye will do. He was a murderer from the beginning, and abode not in the truth, because there is no truth in him. When he speaketh a lie, he speaketh of his own: for he is a liar, and the father of it. 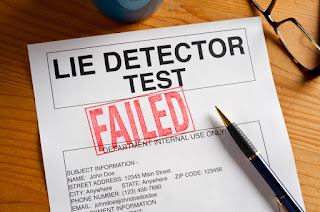 Trump lies out of habit and out of need. Because he's always lied all his life, it comes easy. He lied to clinch deals, to wow and charm potential marks. He lied to pump up his own magnificence. But right now he lies to deflect the investigations into what he did with the Russians leading up to the election and the inauguration.

August 1, 2017: Sarah Huckleberry Sanders admitted yesterday that indeed her boss Trump had participated in the drafting of Junior Trump's original statement about the meeting with the Russian lawyer (and, with, as it turned out, former present Russian agents):


July 8, 2017, Donald Trump Jr. said: It was a short introductory meeting. I asked Jared and Paul to stop by. We primarily discussed a program about the adoption of Russian children that was active and popular with American families years ago and was since ended by the Russian government, but it was not a campaign issue at the time and there was no follow up. I was asked to attend the meeting by an acquaintance, but was not told the name of the person I would be meeting with beforehand.

That statement was issued shortly after the New York Times broke the story that a month earlier, back in June, Junior and the Russian lawyer met in Trump Tower. It had been a secret.

As Huckleberry Sanders said yesterday, very sentence in the statement is technically a true statement (sorta, except for one -- see below), yet those sentences were carefully composed to deceive. Trump Senior has now admitted that he helped draft the statement, "as any father would."

July 9, 2017: Statement above becomes inoperative. New York Times has followed up with evidence that the third sentence was deceptive. The real subject of the meeting was dirt on Hillary. Following the Times scoop, Junior issues a new statement, admitting only that he took a Russian meeting because he was promised "information helpful to the campaign." ("I snapped at the Putin bait," Junior admitted.)

July 10, 2017: Times scoops again: emails exist between Junior and a go-between who was setting up the meeting. Junior has now lawyered up, and his lawyer issues a statement: Yes, there are emails, but they're inconsequential, and the president didn't know a thing about any of this.

July 11, 2017: Junior releases the secret email (first heard about the day before) to pre-empt the Times, which was just minutes away from publishing the texts. The truth about the Russian lawyer meeting is now several blocks south of the "true" sentences in the original statement above.


The Father of Lies
The problem for this presidency is that the lies are being exposed and debunked with amazing ease, not to mention digital speed. Trump's credibility was never good. It's totally in the toilet now, and where it's hurting him the worst is in Congress. Republican senators don't fear him, and Republican House members are beginning to fear him less. 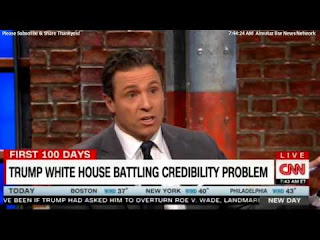 Sean Sullivan yesterday detailed the open opposition to Trump among some Republican senators, a defiant attitude which appears to be spreading. For example, there's growing bipartisan activity in both Senate and House to bypass Trump's rhetoric for "repeal and replace" and find ways to fix the problems with Obamacare. That's hopeful.

If you're caught lying repeatedly and you're also putatively the Leader of the Free World, the consequences -- reactions, interactions, retractions -- weigh far more than if you're the lying drunk at end of the bar. One might say that a president caught repeatedly lying has begun already to quack like a lame duck.

Wow, a President of the United States lied.

Nobody gives a shit about Kushner, Russia, or Trump lying.

No, not "kinda like Obama" at all! Not at all. Comparing that habitual liar to Obama, for the sake of making your guy look better? Are you kidding me?

But of course you don't see anything you don't want to see.

I'm trying to tell you that your one sided hypocrisy is hurting the country.

But you always turn a blind eye to the faults of your party, and blame the other side for doing the exact same thing your side is doing.

Republicans and democrats are hurting the country and they people, and you all are stuck on "my side's better than your side".

We could argue all day about your strange moral equivalencies, that all "lies" are equal in your estimation, but that's hardly the point. The point is that none of those other guys are president right now. Trump is, and his lies have ripened into a constitutional crisis.

Anon 7:38, in what alternative universe are you going to free us all of rival parties? Seesh.

It's not a matter of party vs party.

It's a matter of party vs people.

Instead of worrying about trump lies, you should worry about what your lies have done.

You're destroying the middle class.