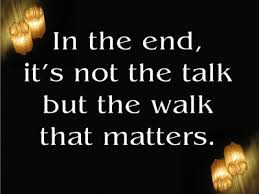 "Five armed services chiefs — of the Army, the Air Force, the Navy, the Marines and the National Guard Bureau — posted statements on social media condemning neo-Nazis and racism in uncompromising terms. They did not mention Mr. Trump by name...."

"Republicans, too, issued new denunciations of the hatred on display in Charlottesville, although some remained vague about Mr. Trump’s remarks."

Fox News host Shepard Smith "said that he had been unable to find a single Republican to come on-air to defend Mr. Trump’s remarks."

Senate Majority Leader Mitch McConnell denounced “hate and bigotry” in a statement on Wednesday but made no mention of Mr. Trump.

"The president’s top advisers described themselves as stunned, despondent and numb. Several said they were unable to see how Mr. Trump’s presidency would recover, and others expressed doubts about his capacity to do the job." (Reporting by Michael D. Shear, Glenn Thrush, and Maggie Haberman)

But Some People Acted
The CEO's of Trump's Strategic and Policy Forum, titans of business who were brought on during the transition as high profile backers of the president's agenda, decided yesterday to disband in order to "condemn" -- that was their word -- Trump's equivocation that anti-fascists were just as bad as white nationalists.

"There really was nothing to debate," said one member of the Strategic and Policy Forum who described the president's fiery Tuesday news conference as a "tripwire." (CNBC)

CNBC broke the news that the CEOs were jumping ship, so Trump rushed to Twitter to fire them all before they could quit.

Posted by J.W. Williamson at 8/17/2017 08:36:00 AM
Email ThisBlogThis!Share to TwitterShare to FacebookShare to Pinterest
Labels: American nazism, Donald Trump, racism