Why Not Just Go Ahead Make 'em Wear a Pink Sombrero? 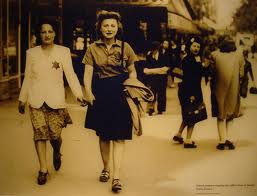 Last June, the so-called "Deferred Action Program" went into effect nationally for certain immigrants brought to the U.S. as children. The Deferred Action Program offers work permits and a two-year deferral from deportation until a more permanent immigration reform can be worked out in the U.S. Congress.
In North Carolina, some Republicans were mightily aggrieved by this. It reeked strongly to them of amnesty. Since the Deferred Action Program allowed for the now-grown-up baby-immigrant to work in the state, state driver's licenses were mandated. At first Tony Tata, appointed by Gov. McCrory to lead the state's Department of Transportation, sat on his hands. Then Attorney General Roy Cooper said to Tata, you've got to issue driver's licenses.

So what did Tata and his boys at DOT come up with? A pink stigmatizing strip on just those driver's licenses issued to people covered by the Deferred Action Program. This Pink Badge of Discrimination, DOT said, would be issued starting March 25th.

There are such echoes of the yellow Stars of David sewn on unwelcome residents' clothing in another era that some Republicans in the General Assembly have quailed at the bad publicity, now grown to international scope.

A bill has been introduced in the NC General Assembly to delay DOT's plan to June. One of the bill's sponsors, state Rep. Mark Brody, said transportation officials overstepped their authority by approving the licenses. He said that is the Legislature's prerogative.

The American Civil Liberties Union of North Carolina condemned the proposed licenses, calling them "an unnecessary marker that could lead to harassment, confusion and racial profiling." The Latin American Coalition in Charlotte said the license would create a "class of 'inferior' citizens."