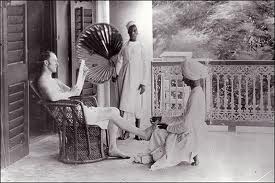 At present in North Carolina, about 81,000 long-term unemployed workers are receiving federally-funded unemployment benefits. That will end in July because Gov. McCrory has determined that workers thrown out of work have sucked off his generous teat for way too long.

"I will not support the extension of unemployment beyond July of this year," McCrory told a meeting of the NC tobacco growers. "I think we need to now draw the line."

He will be signing the new overhaul of unemployment insurance rammed through the NC General Assembly in its first hours by Republicans who have either never lost a job through no fault of their own or have never shown any noticeable empathy for any human beings outside their tight circles of privilege.

Republicans are doing this because the state owes the Federal government $2.5 billion, because during the current economic depression, when state unemployment taxes didn't keep up with jobless claims, the state had to borrow the money from the Feds. They had to borrow money because back in the 1990s, when pro-business Democrats ran the state, unemployment taxes on employers were cut to the point where they wouldn't sustain the need of the last few years.

So pile another governmental malfeasance on top of that bad practice and visit it all on the families of North Carolina workers devastated by the George W. Bush economy. Yeah! They're just a bunch of lazy "takers" anyway.

Perhaps we'll come to a time in this state when rich men and their coifed wives, on their way to cotillions and banquets, will have to step through throngs of beggars plucking at their hems for a crumb. The rich won't mind. They like that scenery. It reinforces their sense that God has put them exactly where they belong.

So, after four years of Obama, you are still blaming Bush. At the very least this is saying Obama is incompetent. Since things are much worse now than during Bush's administration there is no argument that you can make otherwise.

Things are much worse now? Please. During the last months of Bush's presidency we were losing over 500,000 jobs a month! People just don't understand how deep this recession was. It was not your average business-cycle slowdown that we've all lived through - it was the worst economic slump since the Depression. It will take many, many years to get out of this.

JW has been drinking 200 proof moonshine.

It will take many, many years to get out of this.

This is true. Obama increased the deficit by himself as much as ALL of the Presidents (including both Bushes) did together. He has had super high unemployment for his entire Presidency. The only thing he has accomplished is to make Carter look better.

"Obama increased the deficit by himself as much as ALL of the Presidents (including both Bushes) did together."

That is just a blatant falsehood. Where do you get your information? We are in this mess precisely because of two rounds of tax cuts, two wars, and the deepest recession since the Depression, all brought on by the Republican Party. Where was all this anger when the Republicans were racking up huge deficits during prosperous times? The time to pay down the debt was during good economic times, as we saw during the Clinton years.

Where do you get your information?

The news, the internet, government reports. How do you ignore them all?

I'm not ignoring anything. What you posted is not true.