Nailing Jello to a Wall 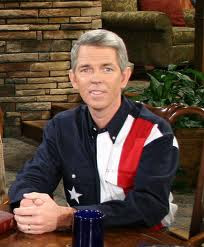 David Barton is the fundamentalist preacher that Mike Huckabee and Michelle Bachmann think is the number one constitutional authority in the United States and the greatest "historian" of the supposedly incorrect notion of a wall between church and state. He's profiled in the NYTimes this a.m.

He was also Jon Stewart's guest on The Daily Show last night, and the entire, extended interview (several different clips -- it goes on for probably 15-20 minutes) is well worth watching. Personally, we haven't heard any man talk that fast and be that distractive and slippery since we were negotiating with a fellow in a shark-skin suit over a used Rambler with a rolled-back odometer.

Bottomline: Barton thinks the 90% Christian majority in this country is oppressed, and he wants explicitly Christian beliefs applied up and down the scale in government. Oh, he claims he only says stuff like this to pastors, but whatever. He has said that the Christian Bible mandates against deficit spending, against graduated income taxes, against the minimum wage, and against doing anything about global warming.

Jon Stewart remains the most incisive, and the most civil, interviewer on the planet.
Posted by J.W. Williamson at 5/05/2011 10:14:00 AM
Email ThisBlogThis!Share to TwitterShare to FacebookShare to Pinterest
Labels: David Barton, Jon Stewart, religion and politics

I love Jon, but he shouldn't even give this guy a single minute of airtime. He reminds me of the preacher who got busted for using church funds to buy a Corvette and when challenged on how he could waste church money on such an expensive car, he said "I need it to spread the word of God faster."

Barton is a con man, plain and simple. Deserves no airtime or acknowledgment, at least on the Daily Show. I wish Jon has carved him up, but as you said, he's eel-LIKE.

A truly despicable spin meister. He was able to gas John's flabber the other night. Making the word fit any situation...he is the master of bloviation, and it says a lot about Huckabee, doesn't it?