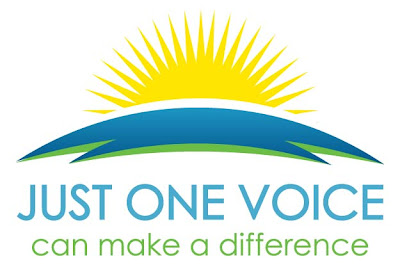 Main message: the new Republican majority in the General Assembly is trying to dismantle a public institution that took more than a century to build. Major take-away: Spending for public education is economic development, perhaps in its purest form. To strangle it will hasten the next Big Depression.

This film is a nice way to kick off the work-week and good prep for the "One Voice" rally to support public education spending in Raleigh at the legislative building tomorrow at 4 p.m. We'll be there. Will you?
Posted by J.W. Williamson at 5/02/2011 07:59:00 AM
Email ThisBlogThis!Share to TwitterShare to FacebookShare to Pinterest
Labels: Frank Eaton, North Carolina Democratic Party, North Carolina Republican Party, public education

We need to dismantle the system that took 100 years of Democratic folly to make so bad.

Why is there no thread on Bin Lauden? Is Williamson sad about his death?

to whoever this anon is-you are a total POS-FU and the horse you rode in on-I hope you and IBL roast together in HELL!!!! Oh, so sorry, after my minor stroke I'm supposed to be tolerant and forgiving-but, in your case, forget it!!!

The educational system in place create more poor people, less high school graduates and students woefully unprepared for college or the community college. The Democrats want to keep this system.

and Anon. whoever you are-if OBM had been captured by the W's, they would have found a way for him to escape, because he was their excuse to rape and pillage our USA. He could have been taken out in Bora Bora, but it was decided that to meet political, and anti-American goals he had to remain the boogey man. And when it comes to our educational crisis you are a doofus to the max. Go to a school and integrate yourself in the day to day activities and just marvel at how hard the teachers work and the learning that takes place in our "horrible" schools.

The making of the NC public education system was never partisan, while the current attack upon it is. The system has been supported by the majority of the public for generations, with tax dollars and also community backing at every level. What is happening today is a reflection upon the short-sighted, selfish minority now temporarily in charge.
As for why there's no thread on Bin Lauden [sic] perhaps it's because despite his elusiveness for many years he was never sighted in Watauga County.

Nice post retired educator! It is no wonder you are retired. I would assume it was done involuntarily and was well deserved.

If you were not fried, you are a prime example of why tenure is not a good idea.

By the way, if you are speaking of the party,other Anonymous, Republican should be capitalized. You should not throw stones in your glass house.

Should have been fired, not fried. There is no way to deit a post.

dont worry pat mccrory will ride in and raise taxs on everyone to fund all the programs that will be cut,he say you want it? you gata pay for it! its gona happen.and he will get re elected again after that.BOTH DEMs and REPs will praise him as the state savior.

With respect to the comment about capitalizing "Republican," I don't consider the current group that calls itself the Republican party worthy of capitalization. It was clever, though, for a Republican to pick up on that. Must be home-schooled.

Brotherdoc, so you are only concerned with things that occur in Watauga County? Interesting. Short sighted as liberals usually are, but interesting.

Please scroll up and look at the name of the forum you are posting in (I would apologize for stranding my preposition, but "retired educator" doesn't speak the language very well, so I think I'm safe from receiving a poor grade).

On WataugaWatch, there is a focus on issues which affect Watauga County.

If what the dems want is to fund the system that created poor people, less HS grads, and students who are unprepared here is what republicans want:

Cut public education for the poor so they will be completely ignorant (these people cannot afford private school, even with a voucher)

Cut medicaid so then they can't get food, housing, healthcare, or take care of their children

once they can't get food, housing, or healthcare they will die

This is the republican agenda. If you can't/don't make a lot of money you don't deserve to live here.