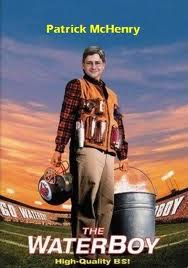 Rep. Patrick McHenry (R-Munchkinville) told Politico several weeks ago that he was an insider in the North Carolina redistricting cabal and that Republicans would ghettoize blacks in order to defeat Democratic Congressmen Brad Miller, Larry Kissell, and Heath Shuler. It was an expression of race politics in its rawest form.

North Carolina Republican pooh-bahs have been scrambling ever since to distance themselves from McHenry's comments (while secretly, of course, performing the exact mumbo-jumbo that he predicted).