Judge Manning Wants to Know What the Hell Is Going On 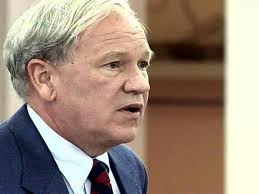 RALEIGH (MCT) -- In a move that could complicate the already tense state budget negotiations in Raleigh, a judge has ordered a court hearing about whether proposed school cuts would compromise children's constitutional right to a quality education.

In the order, Manning wrote that despite the difficult economic environment, the state still has to meet the needs of all children.

"The financial crisis notwithstanding, the basic educational assets guaranteed to each and every child in the North Carolina Public Schools must remain in place in every school and classroom in the State of North Carolina," Manning wrote in his May 20 order.

The hearing is the latest development related to a landmark school finance lawsuit known as Leandro. The suit, brought by plaintiffs in low-wealth rural counties, led to two Supreme Court rulings that the state constitution guarantees every child in North Carolina an opportunity to "a sound basic education" in public schools. The decision was interpreted to mean that all children have a right to a certified, well-trained teacher in a school with a competent principal and the resources to meet their educational needs.

Manning, who has presided over the case that dates to the 1990s, could not be reached.

The order puts the judge at odds with his fellow Republicans, who control the legislature and who propose sizable cuts to education as the state grapples with a $2.5 billion budget shortfall....