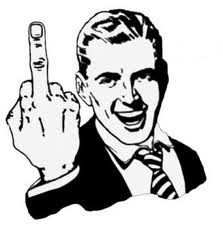 Strong editorial language from the Charlotte Observer about the Republican disdain for some 37,000 unemployed North Carolinians.

Economically stupid too. Whoever claimed that Republicans were good with money?

The unemployment benefits that the Republican grandees in the General Assembly are holding hostage, hoping to box Gov. Perdue into a corner over the budget, would boost the economy of the state. As a key staffer for a member of the Council of State explained it to us in Raleigh on Tuesday, those unemployment payments would go directly into economic circulation as desperate former-workers paid their rents, their utility bills, bought their groceries.

That money would go to Main Street mainly and would help boost the economy.

But what do those Republican dickheads care about the economy of the state when they have political points to score?
Posted by J.W. Williamson at 5/06/2011 09:57:00 AM
Email ThisBlogThis!Share to TwitterShare to FacebookShare to Pinterest
Labels: Beverly Perdue, North Carolina budget, unemployment in North Carolina